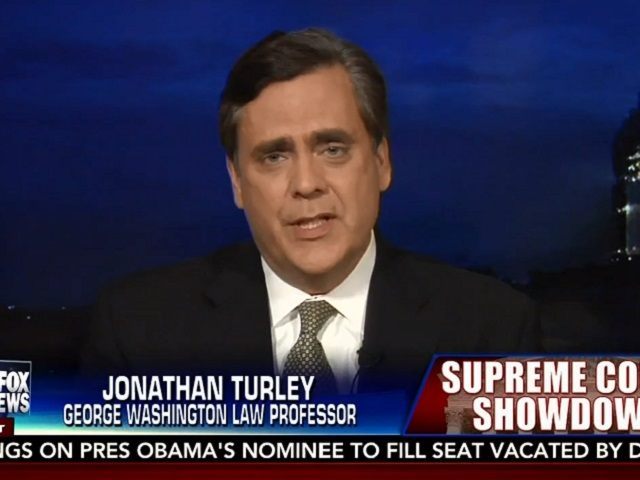 On Monday’s broadcast of the Fox News Channel’s “Fox & Friends,” Fox News Contributor and George Washington University Law Professor Jonathan Turley stated that the Department of Justice is building a campaign finance violation case against President Trump, but that “these are difficult crimes to prosecute, as John Edwards showed.”

Turley said, “This is a very serious thing. The Department of Justice is building a classic case, with immunity deals and these allegations, against the president of the United States, and I don’t think that it achieves anything to avoid the seriousness of it. On the other hand, these are difficult crimes to prosecute, as John Edwards showed. They threw everything at John Edwards, and they couldn’t get a single count to stick with the jury. Because you have to look at this as to whether there was intent to violate the federal election laws. And there’s a readily available alternative narrative, and that is this — these were affairs that a married man didn’t want to be made public because they were embarrassing.”