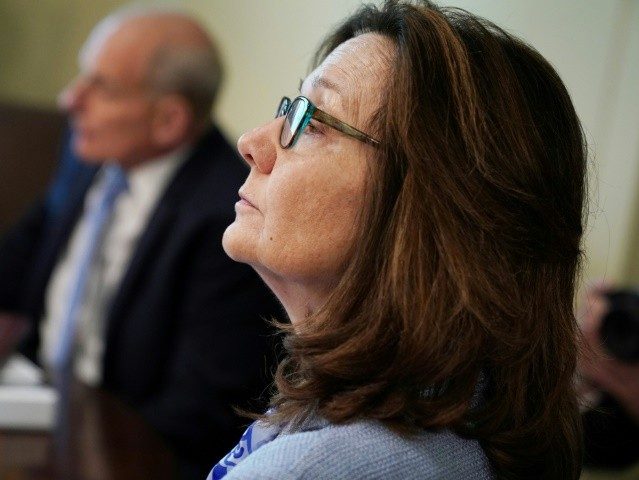 A Turkish newspaper called Haberturk on Monday published quotes purportedly taken from the audio recording of Jamal Khashoggi’s murder at the Saudi consulate in Istanbul in October.

The author of the article, columnist Cetiner Cetin, did not post audio clips or claim to have heard the recordings personally. Instead, the article quoted “Turkish authorities” and sources close to the Istanbul Prosecutor’s Office who said there are two recordings of the murder, one of which was purportedly reviewed by CIA Director Gina Haspel during her visit to Istanbul on October 25, three weeks after the murder.

According to Cetin’s account, the recordings show Khashoggi encountering members of the squad sent from Saudi Arabia to abduct or kill him immediately after he entered the consulate. He argued with four members of the team in one area of the consulate for about seven minutes. At one point Khashoggi is heard saying, “Release my arm! What do you think you are doing?”

Khashoggi was then taken to the administrative section of the consulate, where a different four-minute audio clip was allegedly recorded. This recording reportedly features several more Saudis, including Consul General Mohammed al-Otaibi and Maher Abdulaziz Mutreb, a close aide to Crown Prince Mohammed bin Salman who reports claim led the team from Saudi Arabia. Both al-Otaibi and Mutreb appear on the list of 17 individuals sanctioned by the U.S. Treasury Department for involvement in the Khashoggi killing.

Cetin’s sources stated that one of the voices captured on the second recording “has yet to be identified.”

Mutreb reportedly can be heard in this segment of the recording shouting at Khashoggi, “Traitor! You will be brought to account!” Turkish security sources claim Mutreb’s voice can be heard in 19 telephone calls made from the consulate on the day of Khashoggi’s visit, beginning with a call made to the crown prince’s media adviser Saud al-Qahtani about 13 minutes after Khashoggi’s arrival.

Qahtani’s name also appears on the U.S. sanctions list, and he was fired from his job last month after Saudi investigators identified him as a subject of their inquiry. Common theories of the killing portray Qahtani as an operative of the monarchy sent to persuade Khashoggi to return to Saudi Arabia and “repatriate” him involuntarily if persuasion failed.

Another voice in the second recording reportedly remarks, “It is spooky to wear the clothes of a man whom we killed 20 minutes ago.” Cetin’s sources said this was the voice of Saudi engineer Mustafa al-Madaini, allegedly brought to Istanbul because he vaguely resembled Khashoggi and was photographed and videotaped walking around Istanbul in Khashoggi’s clothes after the killing, presumably in an effort to conceal Khashoggi’s death.

Cetin said the recording includes Madaini receiving detailed instructions for getting noticed and caught on camera as he wandered around Istanbul. It also captured Madaini complaining that Khashoggi’s shoes were too small for his feet and requesting permission to wear his own sneakers instead.

The officials who described the audio to Cetin implied it was made with eavesdropping devices planted in some parts of the Saudi consulate, while other areas were not covered. Turkish Defense Minister Hulusi Akar insisted on Monday that Turkish intelligence has “no surveillance within the consulate” but refused to specify the source of the recordings.

Cetin’s sources claimed to have recorded the sounds of Khashoggi suffering physical abuse but not his actual murder, ostensibly carried out in an area of the consulate not covered by recording devices. Those rooms, located on the upper floor of the building, were allegedly sanitized and repainted by the Saudi team after the killing.

The Haberturk article concludes with speculation by Cetin’s sources that the “local collaborator” who helped the Saudis dispose of Khashoggi’s remains was a Turkish security officer, plus contradictory speculation that the Saudis want to trick Turkish officials into believing the collaborator holds such a post, because they wish to “disorient” the Turkish government.

Defense Minister Akar stated on Monday that his government has no current plans to make the Khashoggi recordings public but held out the possibility of releasing them in the future.