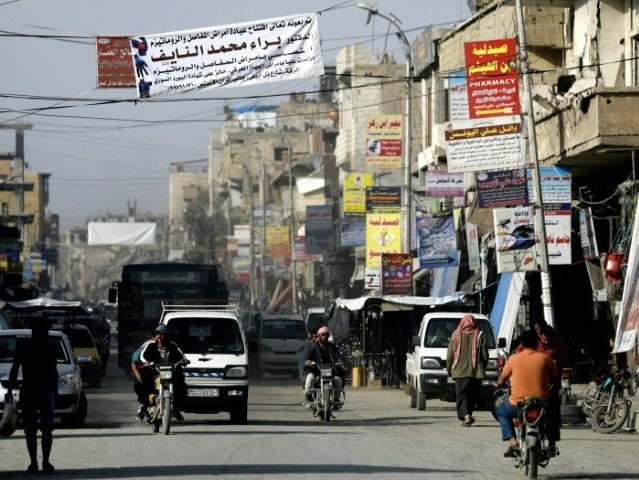 Turkish President Recep Tayyip Erdogan’s administration this week requested that the United States hand over control of its 16 military bases in Syrian territory controlled by American-allied Kurds after the U.S. withdraws.

“We are pleased with [U.S. President Donald] Trump’s decision for withdrawal [from Syria], but it needs to be clarified as to what kind of structure will be left behind, what will happen to the heavy weapons that have been deployed, the fate of American military bases and logistics centers. In this meeting we discussed these in detail,” Ibrahim Kalin, a spokesperson for the Turkish presidency, said on Tuesday, Hurriyet Daily News reports.

Ankara made the request for the U.S. to relinquish control of its bases in Syria on Tuesday, the same day that President Erdogan revealed that preparations for a new Turkish incursion in northern Syria are underway.

Citing Kalin, Hurriyet notes, “Turkey also expects the U.S. to collect the arms delivered to the [Syrian Kurds] back.”

Turkey is intent on eliminating the “terror corridor” in northern Syria and it “makes no distinction between terrorist groups,” Erdogan declared, referring to the Kurdish People’s Protection Units (YPG) and the Islamic State (ISIS/ISIL), Hurriyet reveals in a separate article.

Territory in northern Syria along the Iraqi border is home to ISIS’s last bastion in the region. Turkey has long accused the YPG of being linked to the Kurdistan Worker’s Party (PKK) communist terrorist group. Nevertheless, Turkey’s NATO ally the United States continues to support the Kurds in their fight against ISIS, arguing that they are the most effective group against the jihadi organization

The YPG is the armed wing of the Democratic Union Party (PYD) that controls large swathes of northern Syria where it has declared autonomy. U.S. support for the Syrian Kurds has infuriated Ankara.

“Very soon, we will act on neutralizing terrorist groups in Syria, and we will take out other terror groups that might try to prevent us from doing this,” Erdogan declared on Monday.

“For Turkey, there is no difference between the PKK, YPG, PYD or [ISIS],” the president also said, adding, “If they are terrorists, we will do what is necessary no matter where they come from.”

His comments came soon after U.S. national security adviser John Bolton met with Turkish presidential adviser Ibrahim Kalin in Ankara for about to hours to discuss American President Donald Trump’s decision to pull out of Syria.

In a move seen as a snub, Erdogan and Turkish Foreign Minister Mevlut Cavusoglu reportedly refused to meet Bolton.

Erdogan chastised Bolton for making the U.S. withdrawal contingent upon assurances from Turkey that the U.S.-allied Kurds it considers terrorists would be safe.

Bolton “made a serious mistake” in making the U.S. pullout conditional, Erdogan said, adding, “It is not possible for us to make compromises on this point.”

“Claims that Turkey targets Kurds in Syria is dishonorable, ugly, vulgar and defamatory,” the Turkish leader added, making a distinction between the predominantly Kurdish population in northern Syria and the YPG and PYD groups.

Erdogan’s spokesman also dismissed allegations that “Turkey will slaughter Kurds if it enters Syria” as PKK propaganda, urging the U.S. to refrain from such comments.

The U.S. withdrawal process should not allow “new opportunities for terrorist organizations or other elements, including the PYD/YPG,” Kalin proclaimed.

Erdogan’s spokesman said the United States has not “slowed down” its withdrawal as suggested by some U.S. officials, including the American president.

Last month, President Trump vowed to bring home the estimated 2,000 American troops in Syria, saying they had succeeded in their mission to defeat ISIS and that Turkey would take over the final stages of the campaign against the jihadi group.

In the wake of criticism of Trump’s decision, Bolton suggested a residual force would remain in southern Syria to counter growing Iranian activity in the region.

Kurds blasted the move, saying it leaves them vulnerable to attacks by Turkey and would lead to an ISIS revival.

Although the U.S.-led coalition and local forces have decimated ISIS’s territorial caliphate, pushing the group into a small pocket of land in northern Syria, the jihadist group remains a threat, according to the Pentagon’s office of the inspector general (OIG).

Turkey has attacked the U.S.-allied Kurdish groups during the anti-ISIS offensive, pushing the YPG out of northern Syria’s Afrin region.