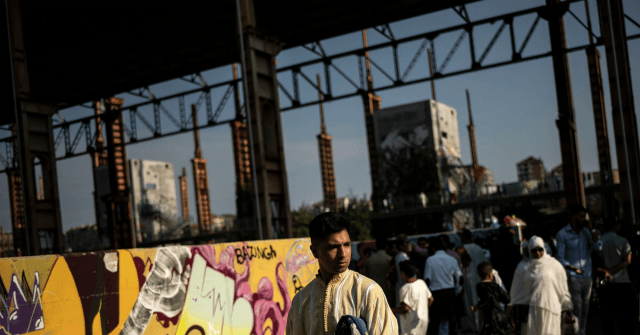 The local government in Turin, Italy, has allowed Muslim groups to publicly celebrate an Islamic holiday while still restricting other gatherings due to the Wuhan coronavirus.

The Turin government has given permission for Muslims to engage in celebrations for the Eid al-Adha festival in nine public and private areas of the city.

Local politician Augusta Montaruli, a member of the national-conservative Brothers of Italy (FdI), slammed the move while noting that the government had cancelled a yearly Christian procession, the processione della Consolata, in June.

“What was the use of banning the Consolata procession, interrupting an ancient tradition in Turin, when the mass prayers of Muslims were authorised?” Ms Montaruli said.

“This is Turin on the day of the Islamic festival of sacrifice, where organising the crowd into separate groups has only increased the number of gatherings in the various neighbourhoods of the city. Thousands of men are crowded together on prayer carpets without the slightest social distance,” Montaruli told Il Giornale.

Montaruli, who serves in the Italian Chamber of Deputies, slammed the national leftist government. She said it “flexes its muscles when it comes to limiting the religious and political freedoms of Italians in the streets, but grants everything to those who impose foreign identities and traditions in public, in defiance of the delicate health situation that threatens the return of COVID-19”.

Italy, which has been one of the countries in Europe worst hit by the coronavirus, is facing a potential new wave of infections. According to populist leader Matteo Salvini, the threat is due to the surge in arrivals of illegal migrants in recent weeks.

Many of the migrants arriving in the country have tested positive for the Chinese virus. Some have also escaped migrant reception centres put under quarantine where there have been outbreaks.