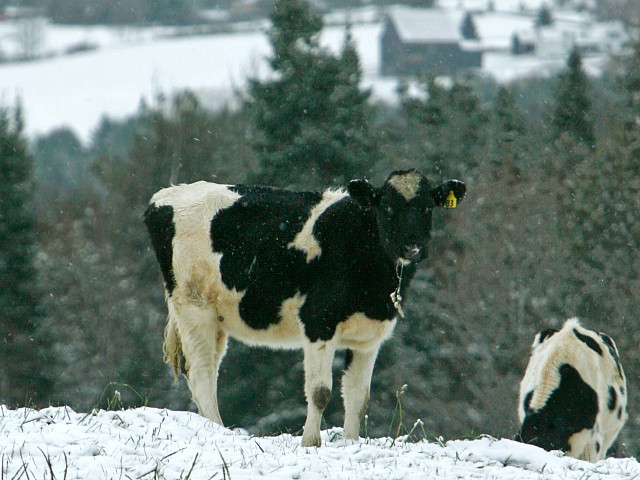 “Tudder,” a tongue-in-cheek portmanteau of “Tinder” and “udder,” takes the familiar matchmaker and applies it to livestock. Like the look of a particular Angus or Holstein? Swipe right. Think that Hereford seems a little sketchy? Left. You know the drill.

A buy-curious farmer is then directed to a SellMyLivestock page with information on matters of milk yield, protein content, or calving potential. Doug Bairner, CEO of SellMyLiveStock parent company Hectare Agritech, calls it “even easier than it is to match humans,” since “there’s a huge amount of data that sits behind these wonderful animals that predicts what their offspring will be.”

You certainly can’t get that sort of guarantee from your next date.

The app is already gaining approval from at least one member of the farming community. “You’ve got all this data of its background and everything,” James Bridger told Reuters, “which if you’re at a market you might not have had the time to go through for every single random animal.”

“There’s nothing better than seeing an animal in its home, its natural habitat, rather than putting it on a lorry,” he added. “If someone rings up and wants to come and have a look, or even getting it from the picture, it’s ideal really from that respect, and they’re happier for it.”