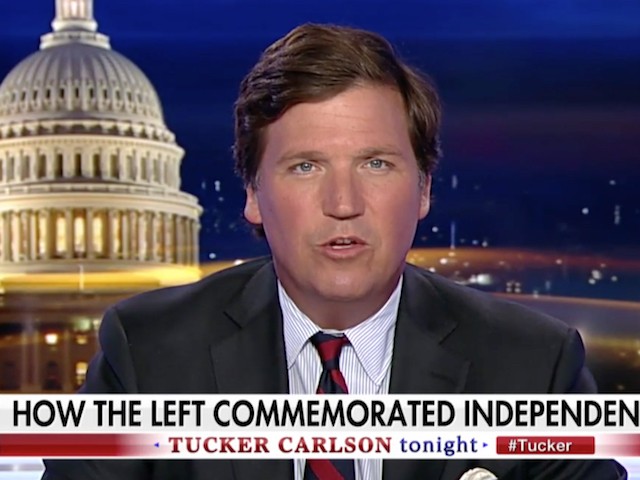 Thursday on “Tucker Carlson Tonight,” host Tucker Carlson called into his own show, which was being guest hosted by “Fox & Friends” co-host Brian Kilmeade, to address Antifa’s so-called “protest” outside his home earlier this week.

Carlson called it “upsetting” that his wife had to hide out of fear of the people threatening violence outside his home under the guise of a “protest.”

“What’s it like to find out that your wife is hiding in the pantry because people are threatening her? I mean, it’s upsetting,” he said.

Carlson insisted he wasn’t going to back down from his role as a media commentator given these antics.

“This has a chilling effect on people’s ability to speak and to think freely,” he said. “That’s the point. It’s totalitarian in its intent. We should fight it.”

“Our public conversation has been hijacked by extremists like this,” Carlson added.