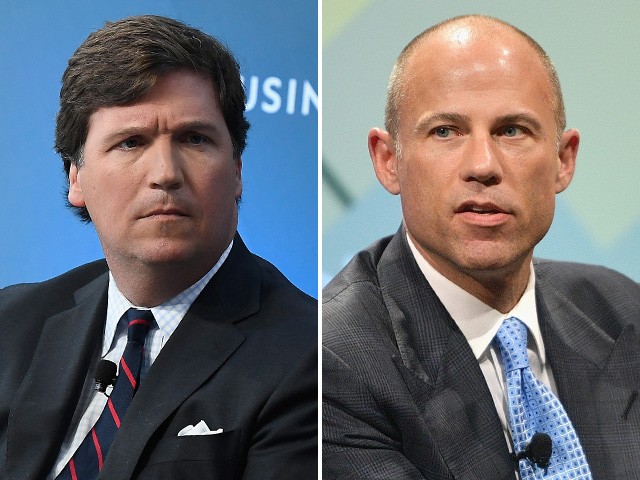 Fox News host Tucker Carlson released a statement over the weekend defending himself and his children against a criminal allegation publicized by left-wing attorney Michael Avenatti.

According to various reports, on October 13,  at the Farmington Country Club bar in Charlottesville, Virginia, Carlson got into a verbal confrontation with Juan Granados, a left-wing activist.

In video released by Avenatti, Carlson can be seen in control of himself as he repeatedly but sternly tells Granados, “You better get the fuck out of here.” At one point in the video, an unidentified man standing between Carlson and Granados, grabs Granados by the shirt and pushes him back and forth a little bit.

Just prior to the video coming on, Carlson admits his son threw a drink in Granados’ face.

Granados claims that all he did was say to Carlson’s daughter (without knowing who she was), “I can’t believe you’re having dinner with him.”

In his statement, though, Carlson said after Granados called her a “whore” and a “cunt,” his daughter returned to the family table crying. This is when Carlson confronted the man.

“Toward the end of the meal, my 19-year-old daughter went to the bathroom with a friend,” he writes. “On their way back through the bar, a middle-aged man stopped my daughter and asked if she was sitting with Tucker Carlson.”

After she told the man Carlson was her dad, Granados allegedly lashed out at her calling her a “fucking cunt” and asking, “Are you Tucker’s whore?”

Carlson’s son left the table to confront Granados and after Granados admitted to calling her a “cunt,” Carlson writes, “My son threw a glass of red wine in the man’s face and told him to leave the bar, which he soon did.”

Tucker adds, “I love my children. It took enormous self-control not to beat the man with a chair.”

After a three-week investigation, Tucker says, Granados had his membership revoked and was tossed from the country club.

Until Avenatti made the incident public and released the video, Carlson said he did not publicize the event because “was hoping to keep the incident private” for the sake of his daughter.

Avenatti, who is still reeling from how badly he botched his client’s debunked assault allegations against Supreme Court Justice Brett Kavanaugh last month, represents Granados and is now threatening to pursue “assault” and “underage drinking” charges against “Tucker and/or members of this inner circle.”

“We anticipate charges being filed,” he says.

All of this is happening just days after the left-wing terrorist group Antifa assaulted Carlson’s home with threats shouted through a bullhorn and spray paint. At the time, Carlson’s wife was home alone. The police are currently investigating the incident as a possible hate crime.

The practice of harassing Republicans and menacing them out of restaurants, and the like, is quickly becoming normalized in the establishment media. On top of Yglesias, two left-wing outlets, the Washington Post and CNN, openly encourage this mob behavior.