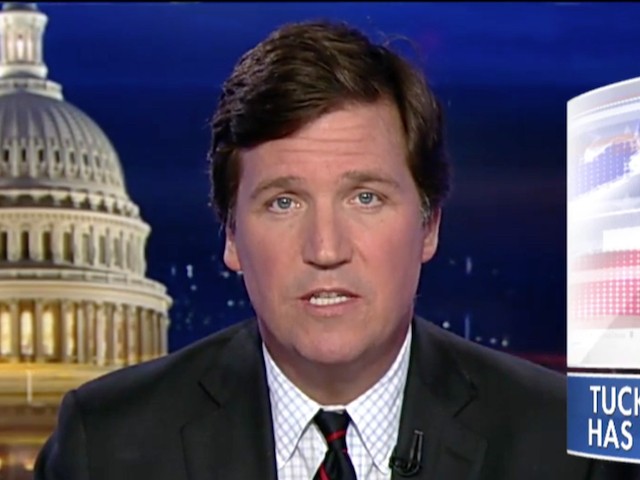 CARLSON: Here’s what happened: Shortly after taking office, President Trump issued his now famous travel ban. Almost immediately, Google employees began plotting ways to undermine the president’s executive order. On January 29, a Google product marketing manager named Mackenzie Thomas sent an email to a group of fellow employees. Quote, “There is a large brainstorm going on throughout the marketing org,”she wrote, about how to respond to Trump’s order. Among Thomas’s ideas was to, quote, “Actively counter algorithmically biased results” for search terms such as “Islam,” “Iran,” “Mexico,” “Latino” and so forth.

This of course would be completely dishonest and unethical behavior, but Thomas’s colleagues seemed all in. Product manager Rami Banna replied this way. Quote: “We’re absolutely in, Mackenzie. Anything you need. Will put together a list of orgs with Meryl and H-L team.”

Another employee, Stacie Chen, added groups she thought Google should promote: The ACLU, the Immigration Defense Project, the Arab-American Anti-Discrimination Committee, and the National Immigration Law Center. All these groups were, at the time, agitating against President Trump’s immigration ban.

Even at least one person on the chain seemed to realize how dangerous the conversation was. A Google employee named Clement Wolf commented that he was, quote, “very much in favor of Google stepping up,” but was wondering quote, “How partisan we want to be on this? To the extent of my knowledge, we’d be breaching precedent if we only gave highlights access to organizations that support a certain view.”

Google told Fox News that these emails were “just a brainstorm of ideas” that were never implemented, Carlson noted.

The host questioned why these employees remained employed after an employee was when he “was caught expressing mildly conservative ideas in a private memo.”

“It shouldn’t be fine with the U.S. Congress,” said Carlson. “Google executives are scheduled to testify on Capitol Hill next week. The topic is privacy, but it’d be nice if at least one elected representative asked about this. It’s scarier than anything Russia ever did.”