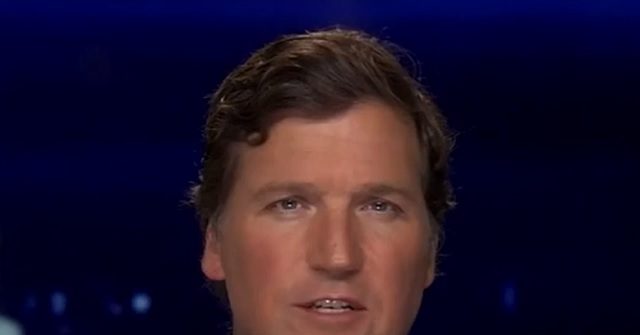 Tuesday, Fox News Channel’s Tucker Carlson opened his prime time cable news show with a warning about the threats so-called Big Tech poses to Americans’ liberty, particularly as a chilling effect has been sent through those that typically engage in political discourse due to Black Lives Matter.

Carlson mentioned his show was the highest-rated program on all of cable TV a night earlier, which he explained showed many Americans were not happy with what was underway in the United States right now. However, he said Big Tech was using its power to eliminate opposition to the prevailing conventional wisdom about what was underway in American politics.

“The point of telling you this is to remind you that you are not alone,” Carlson said. “You may feel like you are. Suddenly, your opinions qualify as crimes. Dare to say what you think at work, and you will be fired in the middle of a recession. Write what you think online, and you will be silenced by the Big Tech companies, so you keep your views to yourself. You have no choice. A lot of Americans are doing that right now. They are staying quiet, and that, of course, is the point of censorship — to keep people isolated and alone, to prevent a consensus that challenges those in charge.”

“If you’re forced to shut up, they can do what they want to you and your country,” he continued. “But last night’s show suggested they have not yet succeeded, though they are trying. Millions and millions of Americans agree with you. You are not crazy. Your views are not evil. What is happening to this country right now is completely and totally wrong, and that will be obvious to everyone someday when our French Revolution has ended.”

“For now, most are too afraid to say that,” Carlson added. “One of the reasons we get to say that and often do is that Fox News is an independent company. We are not dependent on the progressive tech monopoly Google to make a living here, thank heaven. Most media companies are dependent on Google. Google control 70% of all online advertising. So if you’re in the news business, you will obey Google. When Google tells you to do something, you do it. You have no choice. They can bankrupt you in a minute, and they will. In all of human history, no single entity has ever had more control over information than Google does right now. So if you are worried about the concentration of power in the hands of a few unaccountable actors and you very much should be, nobody has more unchecked power than Google does.”

Carlson explained how Google is protected by the federal government, in that it is not held accountable for what is said on its platforms. However, he said the tech giant was using its power to impose a completely different standard.

“If Google will not extend those protections to others, Google should not enjoy those protections itself, obviously,” Carlson said. “Google should have faced these consequences a long time ago. Congress should have done this years ago. It’s been clear for a very long time that the Big Tech monopolies have now surpassed the federal government as the chief threat to our liberty.”