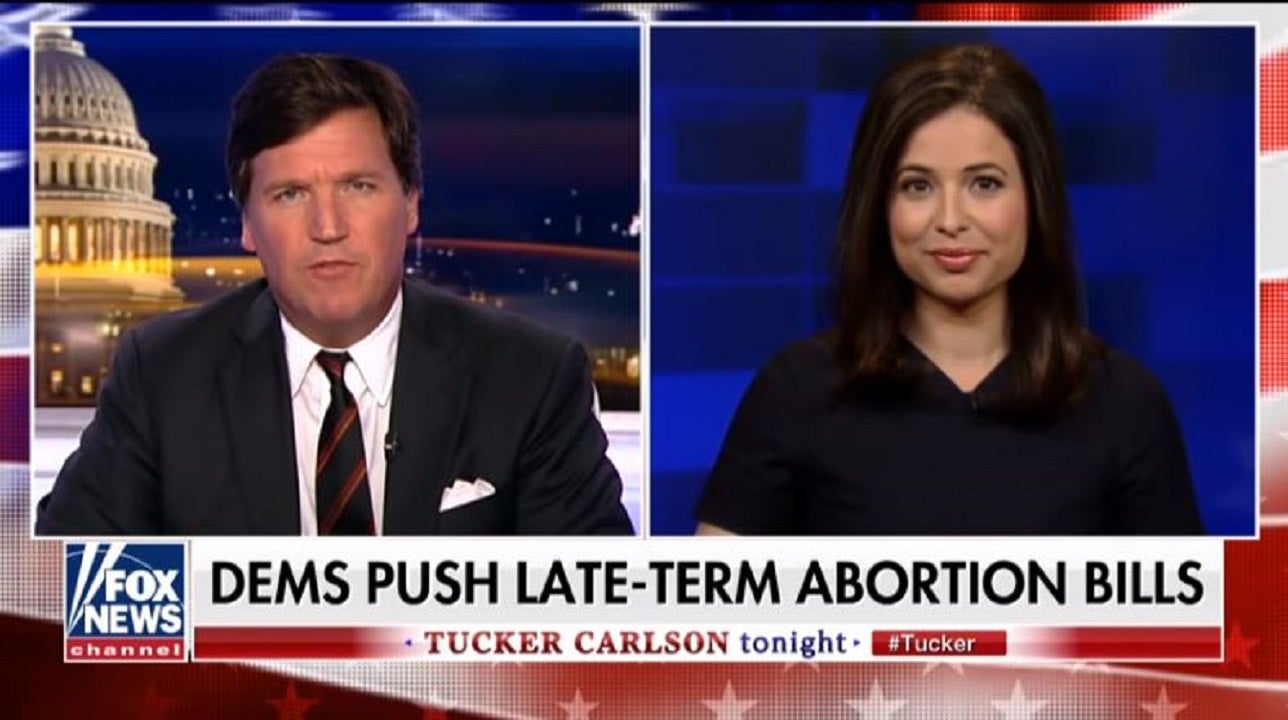 Fox News host Tucker Carlson and pro-choice advocate Monica Klein got into a heated debate Wednesday on “Tucker Carlson Tonight” about a proposed Virginia law that would allow women to terminate a pregnancy up until the moment before birth.

The interview began with Carlson asking Klein for her thoughts on comments made by Virginia’s Democratic Gov. Ralph Northam, a pediatric neurologist, that calls to reduce restrictions on late-term abortions. Klein accused Carlson of wanting to go back to a time when women resorted to back-alley abortions and used “coat hangers.”

“I think that right now, reproductive healthcare is under attack by the Republican Party. Seventy-two percent of Americans support right to choose,” Klein said. “We have [President Donald] Trump and sexual predator [Supreme Court Justice Brett] Kavanaugh trying to repeal Roe v. Wade and trying to take away control over our bodies. This isn’t about babies. This is about you attempting to control women’s bodies.”

Carlson accused Klein of throwing “talking points” at him while Klein said told Carlson that “as a man what you’re focused is on controlling women’s body.” The bill, dubbed The Repeal Act, would remove a number of restrictions currently in place regarding late-term abortions, including doing away with the requirement that two other physicians certify a third-trimester abortion is necessary to prevent the woman’s death or impairment of her mental or physical health. The third trimester lasts until 40 weeks.

Carlson called Klein a “robot” and stressed that he just wanted to know what she thought about Northam’s remarks, saying: “Wow. Do you think that you’re making a case that most people agree with? That it’s okay to abort a child in the third trimester.” Klein then accused the Republican Party causing more harm to children by “tearing families apart at the border and allowing children to die in federal custody.”

“I have devoted my life to caring for children, and any insinuation otherwise is shameful and disgusting,” the governor said.