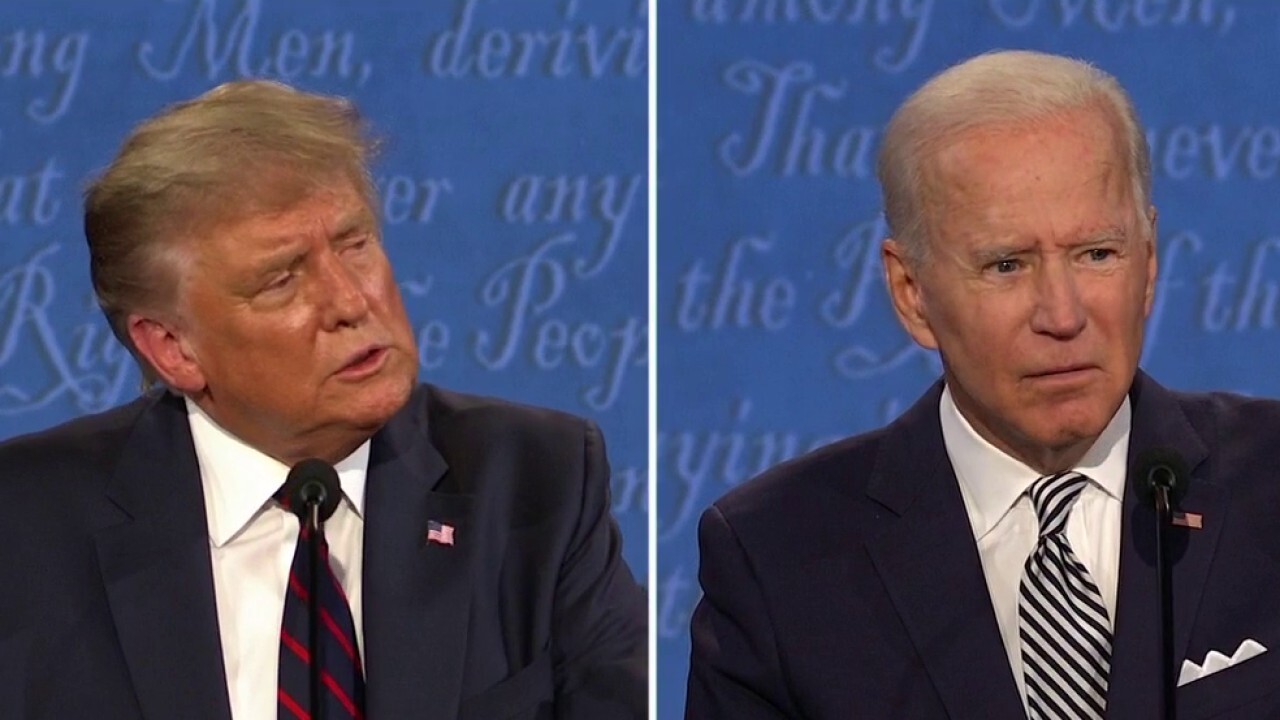 In a heartbeat, the spotlight in the presidential election has once again dramatically shifted.

Just two weeks after the death of trailblazing Supreme Court Justice Ruth Bader Ginsburg rocked the race for the White House, giving President Trump an opportunity to rally Republicans by moving to quickly confirm a conservative justice to succeed the liberal-leaning Ginsburg on the high court, the focus of the campaign has been upended again.

The president’s confirmation early Friday morning that he and first lady Melania Trump had tested positive for COVID-19 instantly put the focus of the White House race firmly back on the coronavirus and the Trump’s efforts to fight the pandemic.

“The coronavirus and the president’s handling of it is going to the top of the agenda,” “Fox News Sunday” anchor Chris Wallace said Friday morning on “America’s Newsroom.”

Wallace, who moderated Tuesday’s first presidential debate between Trump and Democratic presidential nominee Joe Biden, emphasized that “it becomes the most important issue. … The general feeling on some peoples’ part is that the president hasn’t been cautious enough and that Biden has been too cautious. That’s going to be an issue now going forward.”

And the breaking news comes with Election Day on Nov. 3 just a month away, with early in-person voting and absentee balloting already underway in nearly half of the country – and with the president trailing Biden in the latest public opinion polling in many of the key battleground states that will likely decide the election.

The pandemic swept the nation in February and March. This past week the nation passed a grim milestone, as more than 200,000 COVID-19-related deaths have now been recorded. More than 7 million infections have been confirmed across the country.

Over the past six months, Biden has repeatedly criticized the president – charging Trump initially downplayed the severity of the outbreak – and for botching the federal government’s response.

At Tuesday’s debate, Biden charged that “the president has no plan. He hasn’t laid out anything. … He panicked.”

Trump and his campaign have repeatedly pushed back on such criticism, citing among other things the administration’s early effort to restrict air travel with China, where the pandemic originated.

“We got the gowns. We got the masks. We made the ventilators,” the president touted during the debate.

The president’s testing positive for COVID also shines a spotlight on his resistance to forcefully urge Americans to wear masks, which public health experts for months have insisted is an effective tool in helping to prevent the spread of the virus.

At Tuesday’s debate Trump once again mocked Biden for wearing a mask, saying, “I don’t wear a mask like him. Every time you see him, he’s got a mask. He could be speaking 200 feet away from him and he shows up with the biggest mask I’ve ever seen.”

The two then traded fire over mask wearing, with Biden stressing that “masks make a big difference. His own head of the CDC said if we just wore masks between now, if everybody wore a mask and social distanced between now and January, we’d probably save up to 100,000 lives. It matters. It matters.”

The president then acknowledged that “I’m okay with masks. I’m not fighting masks.”

The debate exchange is now front and center in the wake of the president’s testing positive for COVID-19. The breaking news also makes it harder for the president to make his case – that he’s repeatedly argued in recent weeks – that “we’re turning the corner” on the battle against the outbreak and that it’s time to reopen the economy.

Mo Elleithee, the founding executive director of Georgetown University’s Institute of Politics and Public Service and a Fox News contributor, says the news complicates things for the Trump campaign, which he noted “has tried to focus on the debate on everything but COVID, and when they do talk about it, they’ve tried to argue that the response has been effective. It will be much harder for them to do either of those things now.”

Biden holds a firm lead over Trump when it comes to coronavirus polling. The most recent national poll by Fox News indicated that by a 52%-44% margin, voters trusted the former vice president more than the president to do a better job handling the crisis.

Elleithee, a senior spokesman for Hillary Clinton’s 2008 presidential campaign who later served as communications director for the Democratic National Committee, said, “The question is whether or not this serves as a wakeup call for those who’ve don’t take COVID seriously.  It will be a lot harder for people to downplay it now, and ensures that COVID will continue to be the number one issue on everyone’s mind. If this disease can work its way into the Oval Office, it’s further proof that anyone can get it, raising the stakes in the debate over the government’s response.”