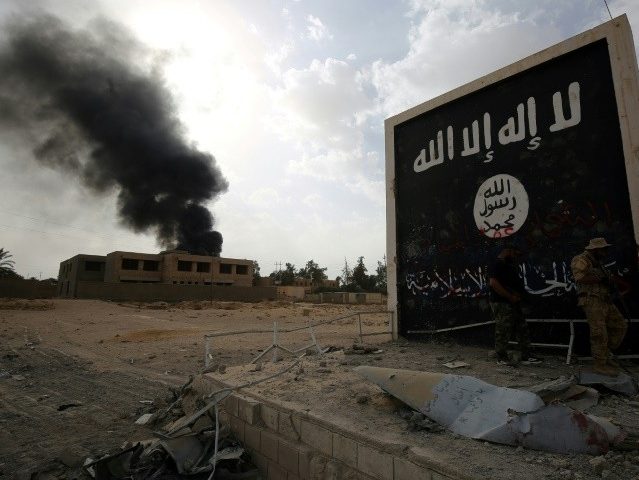 Jihadist groups, namely al-Qaeda and the Islamic State (ISIS/ISIL), remain “the primary trans-national terrorist threat” to the United States despite 17 years of U.S.-led military efforts against radical Islamist groups, the White House pointed out in its National Strategy for Counterterrorism unveiled on Thursday.

The counterterrorism strategy, released by the White House on Thursday, noted:

After seventeen years of armed conflict and significant costs in American blood and treasure, our efforts to prevent and counter terrorism have met with mixed success. While we have succeeded in disrupting large-scale attacks in the homeland since 2001, we have not sufficiently mitigated the overall threat that terrorists pose.

ISIS remains the foremost radical Islamist terrorist group and the primary transnational terrorist threat to the United States, despite ongoing United States and coalition civilian and military efforts that have diminished the group’s footprint in Iraq and Syria, killed thousands of its members, and curtailed its global expansion.

Consistent with recent assessments, the strategy acknowledged that ISIS branches outside the Middle East also pose a significant threat to the United States.

The group’s [ISIS] global reach remains robust, with eight official branches and more than two dozen networks regularly conducting terrorist and insurgent operations across Africa, Asia, Europe, and the Middle East. Despite many setbacks, ISIS maintains a sophisticated and durable media and online presence that allows it to encourage and enable sympathizers worldwide to conduct dozens of attacks within target countries, including the United States. The increase in attacks by persons mobilized to violence in the United States underscores the ability of ISIS to inspire terrorist attacks.

Almost 17 years to the day since the U.S. invaded Afghanistan in pursuit of al-Qaeda, the group still represents a menace to the American homeland.

“Al-Qa’ida’s global network remains resilient and poses an enduring threat to the homeland and United States interests around the world,” the White House noted.

In announcing the new strategy on Friday, Trump’s national security adviser John Bolton described the new plan as a significant departure from former President Barack Obama’s approach to combating terrorism, stressing that the current administration does not shy away from recognizing the menace posed by radical Islamic extremist ideology.

Radical Islamist terrorist groups still represent the preeminent threat to the United States. We recognize that there is a terrorist ideology that we’re confronting. And I think it’s long been the President’s view that without recognizing that we’re in an ideological struggle, that we can’t properly address the terrorist threat.

It is a departure [from the Obama era]. And the reason is that it’s not simply a unilateral decision by the United States to end this ideological war. It’s not enough that we find it inconvenient that we’re still under attack. The fact is the radical Islamic threat that we face is a form of ideology.

The plan entails “isolating” jihadi groups from their networks of financial assistance, boosting American partners’ counterterrorism capabilities, and enhancing US infrastructure and preparedness, namely along the nation’s borders, according to Bolton.

The last time the White House released a counterterrorism plan was in in 2011.

Referring to the strategy in a statement issued Thursday, President Trump declared:

It outlines the approach of the United States to countering the increasingly complex and evolving terrorist threats and represents the Nation’s first fully articulated counterterrorism strategy since 2011.  It provides the strategic guidance needed to protect the United States against all terrorist threats, while simultaneously fostering the agility to anticipate, prevent, and respond to new threats.

Guided by the National Strategy for Counterterrorism, we will use all instruments of American power to protect our great Nation, and we will defeat our enemies with the full force of American might.

The strategy also identified the world’s “most prominent state sponsor of terrorism,” Iran, as a major threat facing the United States.