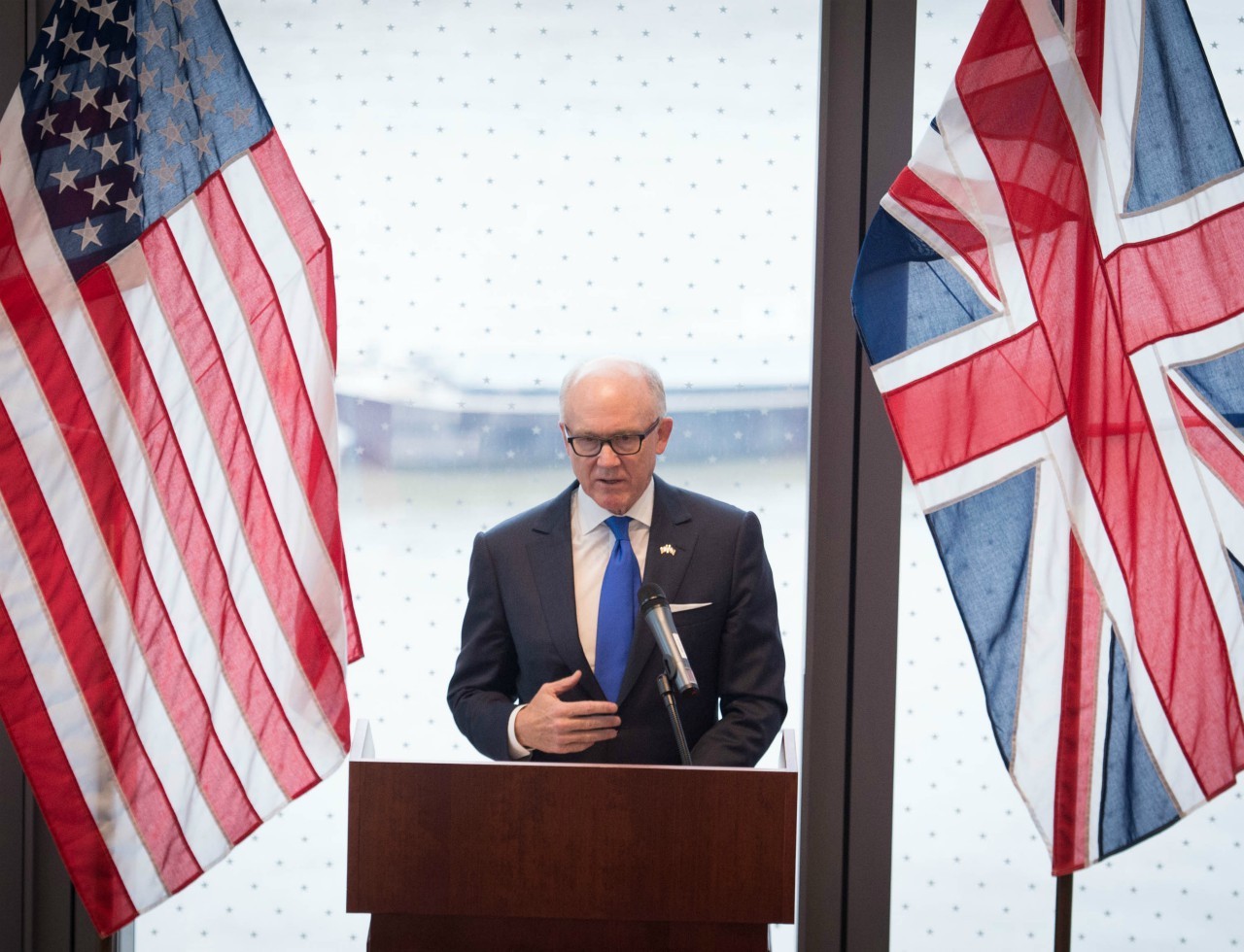 Woody Johnson, President Trump’s Ambassador to the United Kingdom, has said that the U.S. is “ready to get straight to work” on a major trade deal with the UK, but included a major caveat, pointing out this could only happen “if Britain takes back control of its trade policy” after leaving the European Union.

The Ambassador made clear the significant doubt the United States holds that the United Kingdom will ever truly break away from the European Union in any meaningful sense, a concern expressed earlier this week by President Trump himself after the details of Prime Minister Theresa May’s Brexit compromise “deal” became public.

Following claims that May’s “backstop” arrangement with the EU is a “Brexit in name only” that will lock the UK into “an EU straightjacket” President Trump said Monday it was a “great deal for the EU,” but not for the United Kingdom or United States.

Now Ambassador Johnson has made clear what is at stake over Britain actually leaving the EU fully. Writing in The Times of London Wednesday, he said a future “ambitious” deal between the two nations would set an example to the rest of the world for what a “fair, free and reciprocal, win-win trade” deal should look like.

If we seem enthusiastic, it’s because we are. Britain is the perfect trading partner for the United States. We are both countries that are at the top of our game when it comes to business, science and innovation.

No other countries come close to winning the number of Nobel Prizes we do. Our universities dominate the world rankings. We have more tech startups, more unicorn companies and more leading entrepreneurs than anywhere else. And no one can even begin to compete with our world-class financial centers.

If Britain takes back control of its trade policy, you will be at the head of the line. America and Britain are two of the most advanced economies in the world. Together we could agree the most sophisticated and ambitious free trade deal ever done — a heavyweight deal that gets the whole world to sit up and take notice. Together, we can show the rest of the world how it’s done.

Read more in The Times

Accusing the European Union of merely paying lip service to the notion of free trade before stacking the deck in favour of their own companies “with taxes and barriers that make it almost impossible for foreign companies to compete,” Ambassador Johnson said, “The United States has let this go on for too long.”

This is not the first time Trump’s man in London has encouraged Brits to be courageous in dealing with Brexit. Speaking in June, Ambassador Johnson said the UK should abandon its “defeatist attitude” and take inspiration from President Trump, remarking: “The thing I want to get out more than anything else is an attitude that I feel I don’t see enough in this country and that is a confidence for where you are heading – light at the end of the tunnel with Brexit.”

He said: “The British have always been experts and great business people, great business minds, so to see this defeatist attitude towards Brexit is a bit startling to me.

“I read nothing about anybody having a positive attitude towards Brexit or towards the future. As an American I’m just not used to that.”

Former UKIP leader Nigel Farage — who President Trump calls “Mr Brexit” for his key role in bringing about Britain’s vote to leave the European Union in 2016 — is a vocal critic of Theresa May’s deal.

He told Breitbart on Monday that through the countless concessions agreed by the British prime minister the deal was more akin to “voluntarily going to prison for a period of time” because the UK will have to appeal to the EU for permission to strike its own trade deals in the future.

On the PM’s tactics to get the deal through in the coming weeks, Mr Farage predicted:  “Every blackmail trick known to man is going to be used to try and get MPs to vote for the deal.”