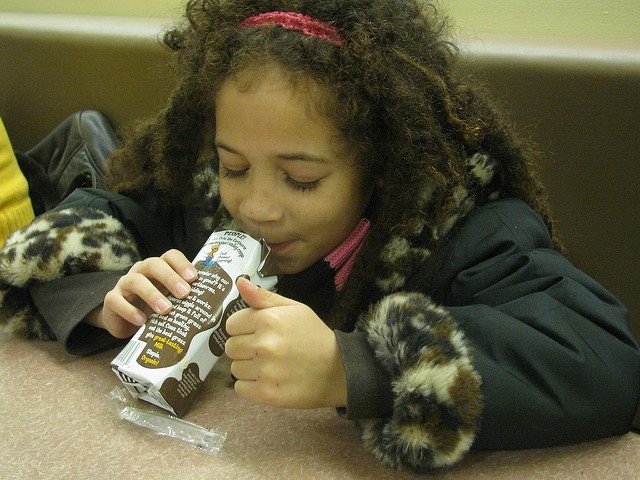 The USDA announced Thursday it is rolling back Obama administration rules that limited chocolate milk and other foods items with high sugar, sodium, and fat content from school lunch menus.

The agency eased a regulation banning low-fat chocolate milk, as well as a regulation requiring that only whole grain food would be served in schools. The initial rules only allowed fat-free chocolate milk and forced schools to obtain a special waiver to serve refined grain foods.

In the Southwest, for example, it was a challenge for food workers to find whole grain tortillas that children liked, and providing whole grain grits and biscuits to children in the Southeast region of the U.S. also posed a challenge, Pratt-Heavner told the Associated Press.

Even though the Obama administration rules sought to feed more kids, the regulations caused much of the regulation-compliant food to go into the trash.

Agriculture Secretary Sonny Perdue told NPR Friday that many of the rule changes were made to “meet the needs” of students in their communities.

“We will listen to schools, and make common-sense changes as needed, to ensure they can meet the needs of their students based on their real-world experience in local communities,” Perdue said.

“School nutrition professionals have made tremendous progress in improving student diets, but the pace and degree of menu changes under updated nutrition standards were more than some students would accept,” SNA President Gay Anderson said.

But other organizations were not too keen on the USDA’s recently implemented standards.

“Failing to meet the science-based sodium standards for school meals originally adopted by USDA will put kids’ health in jeopardy,” the American Heart Association said in a statement.