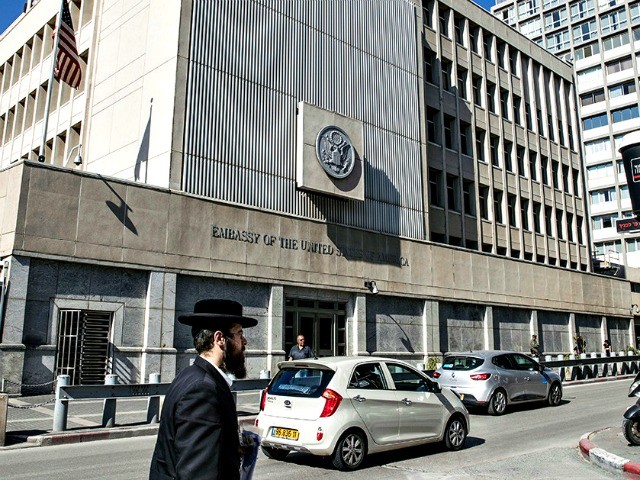 President Donald Trump heralded his follow-through and coming in $1 billion under budget and 20 years ahead of schedule on moving the U.S. embassy in Israel to Jerusalem, a promise many presidents have made but not kept.

Trump remarked at Saturday night’s rally in Topeka, Kansas, how many American presidents had promised to move the embassy in Israel to Jerusalem and didn’t do it. He said he doesn’t blame them considering how many leaders called up asking him not to move it. “I refused to take their calls,” said Trump, joking that he told aides to tell them he’d call those leaders back the day after he was set to order the move of the embassy.

“The embass, which was going to cost over a billion dollars, we built it for about $400,000,” Trump informed the crowd. “And the billion would have taken probably 20 years before you ever got to build it. And we took a piece of land we owned…and it had a building on it.” He described fixing it up and adding Jerusalem stone,which they got for “the right price.”