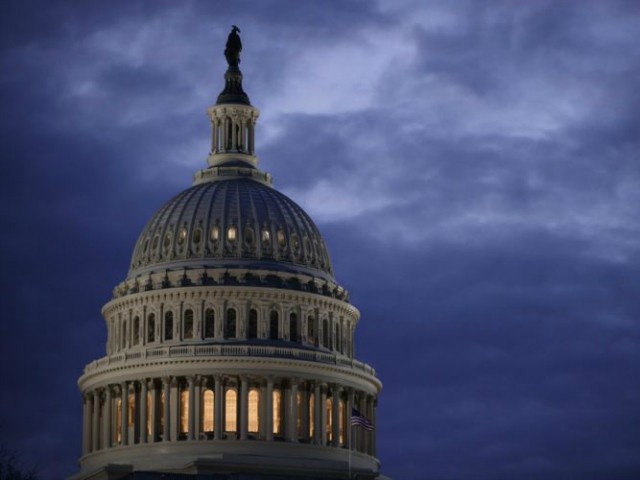 President Trump’s remarks come after an interview with Politico in which he stated he would be “willing” to shut down the government unless the Department of Homeland Security funding bill includes $5 billion for a border wall along the U.S.-Mexico border. “I am firm,” the president told the outlet when pressed regarding if he would negotiate on the $5 billion figure, which is merely a fifth of the money required to construct the $25 billion wall.

In March, Trump said he would never sign another spending bill that did not include a single provision from his 70-point list of pro-American immigration reforms — where a border wall is only the beginning. During the Politico interview, Trump did not make clear if he would be willing to sign off on a number of open borders provisions to secure the $5 billion in border wall funding.

The $5 billion border wall funding push comes as a migrant caravan with as many as 10,000 Central Americans marches towards the U.S.-Mexico border. Despite making border security one of the pillars of his 2016 campaign, President Trump has struggled to stop the flow of illegal aliens crossing into the U.S. Last month, 51,000 illegal aliens were apprehended at the southern border while family crossings increased nearly 100 percent from October 2016. At least 23,000 illegal alien families breached the U.S.-Mexico border in October 2018 in contrast to 13,100 crossing two years prior.