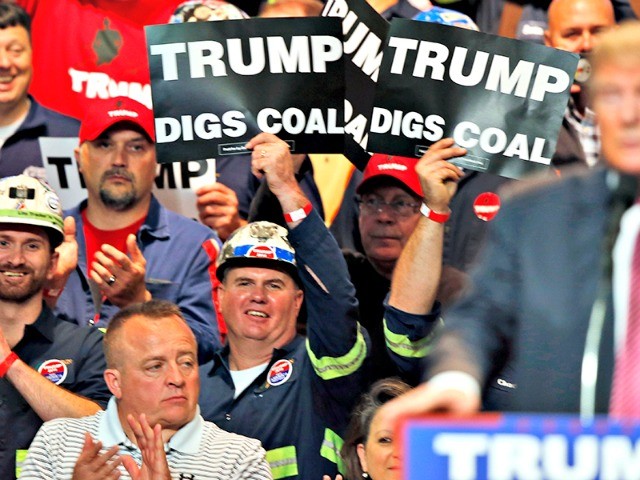 President Donald Trump told thousands of supporters gathered in Wheeling, West Virginia, Saturday evening that the war on coal in America is over.

Trump, who had several miners standing behind him—including one with a sign stating “Trump digs coal”—praised the people of West Virginia  as he touted falling unemployment numbers and a record four million Americans off food stamps under his administration.

“These are great people,” Trump said. “They love not only the beautiful, clean coal, and they love lots of other things as well. West Virginia’s back a lot faster than I thought it would happen.”

Trump appeared in Wheeling Saturday to support West Virginia Attorney General Patrick Morrisey in his Senate race against Sen. Joe Manchin (D-WV). A Thursday poll showed the two are tied in the race for the West Virginia Senate seat.