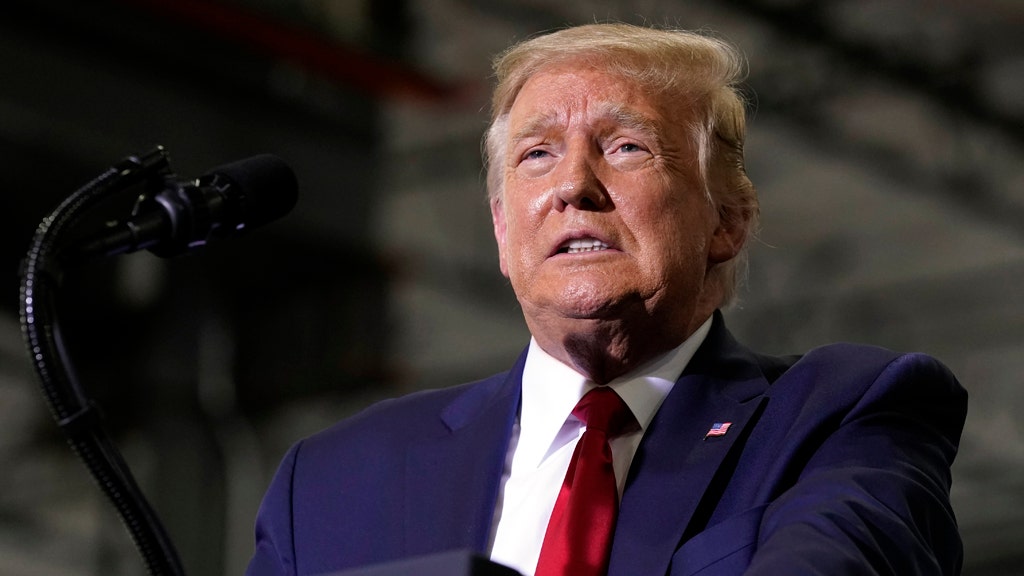 The Trump campaign has been hitting Nevada harder than ever this election season, and officials seem to believe the state might be President Trump’s for the taking this November.

Nevada hasn’t elected a Republican president since George Bush in 2004, but could that change this year?

Trump lost the Silver State, which has six votes in the electoral college, in 2016 to Hillary Clinton by 2.4%, a lower margin than Barack Obama won the state in the previous two elections.

Yet Rep. Mark Amodei, Nevada’s only Republican in the House, seems optimistic.

“I kind of chuckle, I don’t think Governor Sisolak called the legislature into special session 90 days before the election to change a bunch of election rules because they thought it was a slam dunk for Joe Biden,” Amodei told Fox News in an interview.

“Especially when governors historically are loath to call the legislature into special session,” he continued.

In August, Nevada’s Democrat-controlled state legislature overhauled its mail-in voting system, approving a plan to send absentee ballots to every registered voter in the state.

“They put their money where their mouth is in terms of organization– North, South, rural…” Amodei said.

“Last time a Republican played in the state till the end he did okay, and that was the Bush folks,” he continued, noting that Sen. Mitt Romney, the presidential nominee in 2012, and Sen. John McCain, the nominee in 2008, gave up on campaigning in the state well before the election.

NEVADA MAIL-IN VOTING: WHAT TO KNOW

“President Trump has spent his first term delivering wins for the Silver State, and with a campaign that’s had a permanent presence in Nevada for years, the president has all the momentum heading into November,” Samantha Zager, deputy national press secretary for the Trump campaign, told Fox News.

The Trump team boasts that they’ve made over 2.5 million voter contacts in the state this election cycle. Nevada Trump Victory has held over 1,000 Trump Victory Leadership Initiative and over 950 MAGA meetups. They said they’ve registered 9,600 voters.

The Nevada Democrats scoffed at the idea Trump could take the state this year.

“While Trump lied about the seriousness of the pandemic, Nevada’s Democratic leaders have filled the void and made the tough decisions needed to keep residents safe, responsibly reopen the economy and get people back to work. This is why Nevada Democrats are confident voters will once again reject Trump this fall,” Nevada State Democratic Party spokesperson Madison Mundy said in a statement to Fox News.

TRUMP RALLIES IN NEVADA TO FIGHT FOR KEY BATTLEGROUND STATE

According to Christina Ladam, professor at the University of Nevada, Reno, whoever woos the state’s independent voters could take home the electorate.

“As of August, there are more than 90,000 more registered Democrats than Republicans in the state. That said, there are over 390,000 Nevadans registered as nonpartisan,” Ladam told Fox News. “This suggests that is a pretty large number of voters up for grabs.”

But Ladam said the coronavirus pandemic may swing the state in former Vice President Biden’s favor.

“Unemployment due to coronavirus has hit the nation hard, and Nevada even more so. As of August, the unemployment rate is 13.2% in the state, as compared to the 8.4% at the national level,” Ladam said.

“If we relate this to the approval numbers of Trump’s handling of the coronavirus (which are quite low, lower than the general approval numbers), we might expect these unemployment numbers to hurt Trump especially hard in Nevada,” the professor continued.

But Trump seems to think pressing against lockdowns could help win over Nevada residents.

“Open up your state!” Trump said at a rally near Las Vegas, calling Sisolak a “political hack” for keeping it closed.

Richard Ganzel, Professor Emeritus at the University of Nevada, Reno, said Trump will have to overcome demographic factors– “The exodus of largely southern California conservatives that initially countered the service-based labor majority since the mid-1980s being matched and then exceeded by primarily Mexican/Latino numbers who will retain loyalty” to Democrats.

The state’s Latino numbers have grown by double digits in the last 10 years to comprise one-third of the population.

The Culinary Union in Nevada, known for its influence in the state’s politics, has endorsed Biden. The union has an active get-out-the-vote program that drives voter turnout in the state. Still, the pandemic may mean that members and others they drive to vote will be less able to due to disruptions.

“Nothing is promised,” Culinary Union communications director Bethany Khan said of Biden’s chances in the state. “That’s why the Culinary Union is running the largest political effort we have ever run. We were out early — started August 1st. We have 200 canvassers right now and we are scaling up every week.”