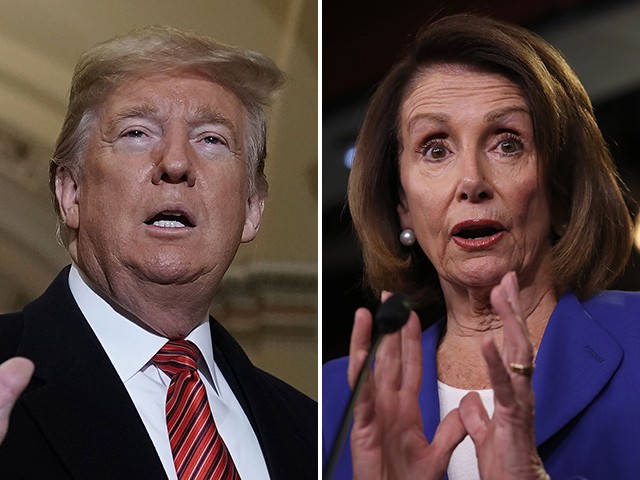 President Donald Trump continued making the case for a wall on the southern border on Thursday, noting that if the border walls in Tijuana were removed, California would be flooded with drugs and crime.

“You will have so many people coming into our country that Nancy Pelosi will be begging for a wall, she will say, ‘Mr. President, please, please give us a wall,’” Trump said, referring to her assertion that walls were “immoral.”

He said it would be “interesting” if he took all of the physical barriers from California and put it in Arizona and Texas, joking that it was an option that “some people” had “suggested.”

“If walls are immoral, maybe we should take down all the walls that are built right now, you would see a mess like you’ve never seen before,” he said.

The president commented on the ongoing border security discussions during an executive order signing event in the Oval Office.

He pointed to repaired walls in San Diego as already making a difference in California.

Trump warned the Congressional Compromise Committee working on the issue of border security that he would not settle for a deal without wall funding.

“I’m hearing they don’t want to do a wall,” Trump said, referring to the committee. He demanded some funding for wall or a physical barrier as part of the deal.

“I don’t expect much coming out of the committee,” Trump admitted. “If they don’t give us a wall, it doesn’t work.”