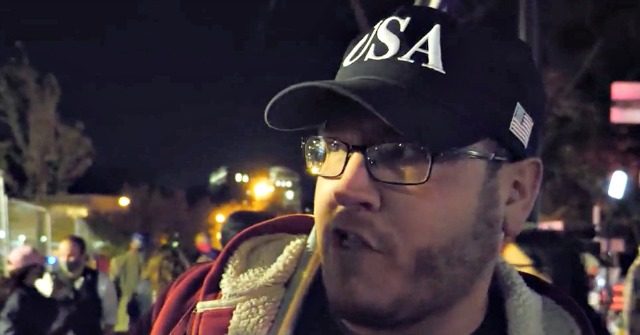 A Trump supporter who was outside of Walter Reed Hospital told Breitbart News said that when Virginia governor Ralph Northam (D) and his wife tested positive for the Chinese coronavirus, “nobody wished death upon them,” unlike leftists who have been wishing death upon President Donald Trump in the wake of him testing positive for the virus.

“Donald Trump — obviously his America first approach rubbed everybody the wrong way. Who does it rub the wrong way? People that don’t love America,” said the Trump supporter to Breitbart News. “The way that I see it, if Donald Trump’s out here fighting for us, and he doesn’t have to — this guy left a life of luxury.”

“And just look at all the love out here,” he added, gesturing toward the supporters who have been rallying outside of Walter Reed Hospital in support of the president.

“People on Twitter wishing him death upon him — I come from Virginia. Governor Northam and his wife both got COVID this past week. Nobody wished death upon him,” continued the Trump supporter. “That was not trending on Twitter; we wished nothing but the best.”

“And I don’t have to point out his practices or his past of his yearbook to determine what we feel about Ralph Northam in Virginia,” he added.

President Trump left the Walter Reed Hospital on Monday evening after fighting coronavirus through the weekend and returned to the White House.