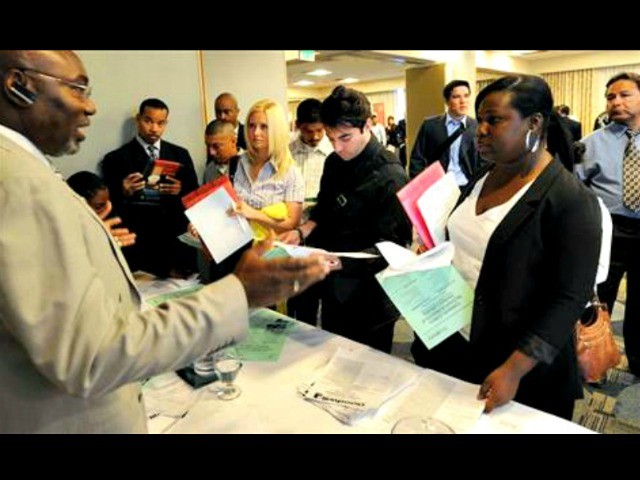 During a meeting at the White House, Trump said he wanted “more people” coming to the U.S. than the already more than 1.2 million legal immigrants admitted every year to take American jobs that would otherwise go to citizens.

Trump has repeatedly claimed over the last month that there are not enough American workers for all the jobs his administration has helped create across the country. The “labor shortage” talking point is often used by the big business lobby, outsourcing firms, and Silicon Valley elites who prefer importing low-wage foreign workers to take U.S. jobs rather than recruiting disenfranchised Americans.

The sentiment for increasing legal immigration is a break from the president’s commitment to reduce overall immigration levels — a promise he made in 2015, 2016, and 2017.

Trump was once so supportive of reducing the current unfettered foreign labor competition that American workers have been subjected to through legal immigration levels that he pledged to halt all immigration until the country was at full employment.

“Before any new green cards are issued to foreign workers abroad, there will be a pause where employers will have to hire from the domestic pool of unemployed immigrant and native workers,” Trump’s 2015 immigration policy papers stated.

Trump’s claim that the current labor market needs “more people” is not backed up by Bureau of Labor Statistics data, which reveals that there are at least 13 million working-age Americans who are either unemployed, not in the labor force but want a job, or who are working part-time jobs but want a good-paying full-time job.

Out of those 13 million Americans who are available for U.S. jobs, about 6.5 million are unemployed. Of those unemployed, close to 13 percent are American teenagers who are ready for entry-level U.S. jobs — the exact jobs that low-skilled foreign workers generally tend to take.

Trump’s suggestion to increase legal immigration levels would not only diminish the job prospects of millions of Americans but also depress their wages.

Likewise, every one percent increase in the immigrant composition of low-skilled U.S. occupations reduces wages by about 0.8 percent. Should 15 percent of low-skilled jobs be held by foreign-born workers, it would reduce the wages of native-born American workers by perhaps 12 percent.

In the last decade alone, the U.S. admitted ten million legal immigrants, forcing American workers to compete against a growing population of low-wage foreign workers. Meanwhile, if legal immigration continues, there will be 69 million foreign-born residents living in the U.S. by 2060. This would represent an unprecedented electoral gain for the Left, as Democrats win about 90 percent of congressional districts where the foreign-born population exceeds the national average.