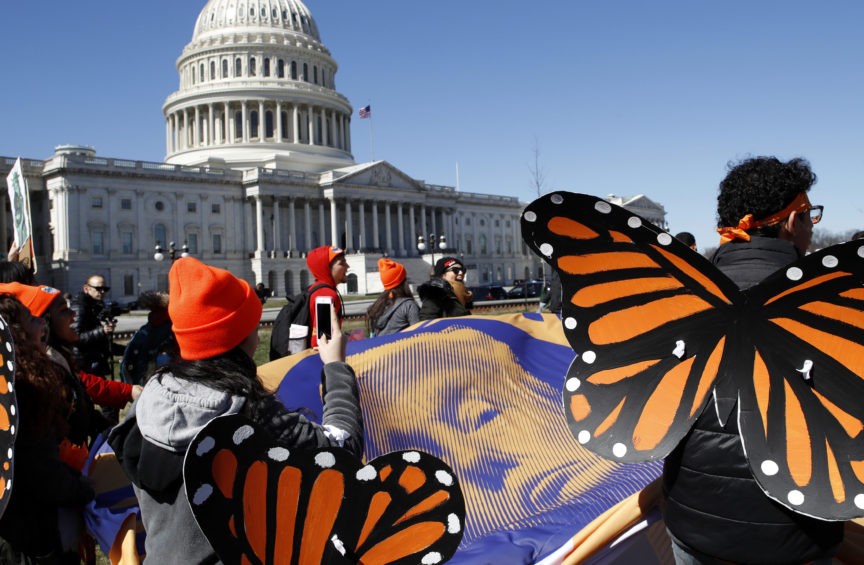 Former Secretary Janet Napolitano created the Deferred Action for Childhood Arrivals (DACA) for more than 400,000 illegal aliens in 2012, which the Obama administration in 2014 expanded to a larger amnesty, DAPA, covering over one million additional illegal aliens.

Texas and various other states challenged DAPA as illegal. The federal district and later the U.S. Court of Appeals for the Fifth Circuit agreed, striking down the amnesty program. The Supreme Court then tied 4-4 on the case after the sudden death of Justice Antonin Scalia, leaving the Fifth Circuit’s judgment against DAPA in place.

Various organizations filed lawsuits nationwide, arguing that even though the prior administration created DACA with the stroke of a pen, that federal lawsuit prohibited the current administration from ending it by a similar process. The legal challengers filed suit in three left-leaning federal district courts, winning judgments in all three, beginning in 2017. All three of those cases are currently pending on appeal in different federal circuit courts.

Francisco had asked the Supreme Court to skip the U.S. Court of Appeals for the Ninth Circuit to immediately review the first of those cases, a case filed in California, filing a “petition for certiorari before judgment” under Supreme Court Rule 11.

However, in February 2018, the Supreme Court denied that petition, deciding that the extraordinary circumstances for a petition for pre-judgment review were not met.

The Supreme Court almost always waits for a federal appeals court to render a final judgment in a case before deciding whether to review the matter. Surveys of Supreme Court precedent suggest that the justices have not bypassed the appellate courts since 2003.

Rule 11 is usually a fire alarm provision that is pulled when the house is burning down, legally speaking. The Supreme Court in its February denial included that it “assumed that the Court of Appeals will proceed expeditiously to decide this case,” and thus that the extraordinary measure was not necessary.

But even though the California case was argued on May 15, the Ninth Circuit has evidently ignored the Supreme Court’s explicit expectations to decide it quickly.

Now the January cutoff for new cases during the current Supreme Court term (October-June) is approaching, so Francisco filed a new petition for certiorari before judgment on November 5. He filed identical petitions in two other pending challenges, one from New York and the last from Washington, DC.

“An immediate grant of certiorari is necessary to obtain an appropriately prompt resolution of this important dispute,” the petition reads, noting that if the annual cutoff passes, “the government would be required to retain a discretionary non-enforcement policy that DHS and the Attorney General have correctly concluded is unlawful and that sanctions the ongoing violation of federal law by more than half a million people.”

The respondents in these cases have 30 days to file briefs opposing the petitions, and the justices will decide by early January whether to take the cases. If granted, arguments would be in April, with a decision by the end of June 2019.

The names of the cases are U.S. Dep’t of Homeland Security v. Regents of Univ. of Cal., Nielsen v. Battalla Vidal, and Trump v. NAACP, all at the Supreme Court of the United States. The Court’s clerk’s office has not yet assigned docket numbers to these cases.