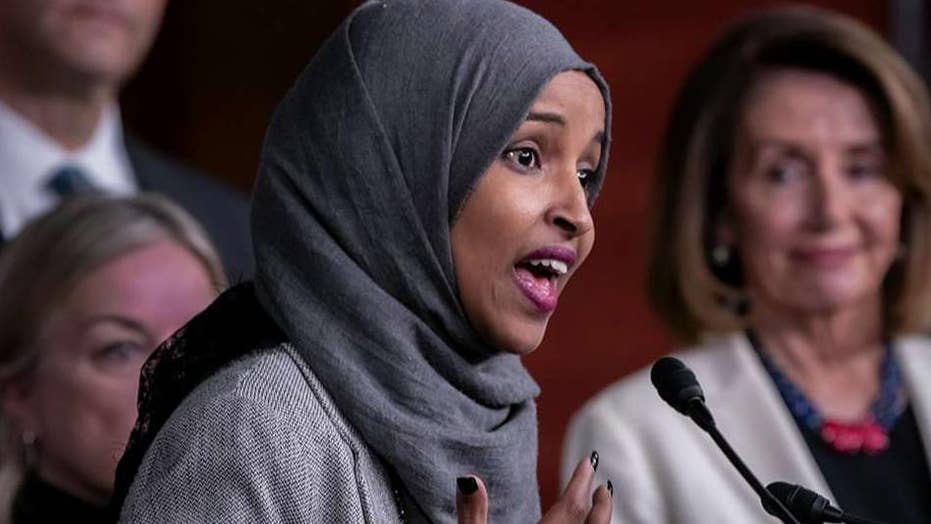 President Donald Trump on Monday said freshman Democratic congresswoman Ilhan Omar “should be ashamed of herself” over tweets suggesting that a powerful pro-Israel interest group paid members of Congress to support Israel.

“I think she should be ashamed of herself,” Trump told reporters on Air Force One while flying to a campaign rally in El Paso, Texas, according to The Hill. “I think it was a terrible statement, and I don’t think her apology was adequate.”

Omar said she had no intention of offending anyone and thanked her colleagues for educating her on anti-Semitic tropes.

When asked what she should have said, Trump replied, “She knows what to say.”

The Associated Press contributed to this report