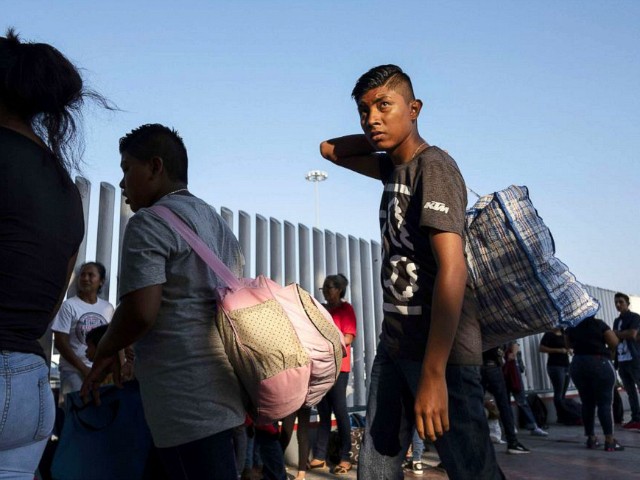 President Donald Trump’s reforms to the country’s immigration and border system have increased the number of migrant youth who are living in government shelters significantly compared to last year.

There is now an estimated 12,000 migrant youth in federal shelters near the United States-Mexico border, five times the number of migrant youth who were in the shelters last year, federal data reveals.

The increasing number of young migrants who are not readily handed over to illegal alien relatives is a result of Trump’s immigration and border reforms that now require rigorous vetting of all adults in a home to which a migrant child is trying to be relocated.

The Obama-set policy of delivering young migrants to their illegal-alien relatives is being cut back by Trump’s reforms, mostly because those illegal alien relatives are now required to submit their identity and fingerprints to federal immigration officials.

As Breitbart News’ Neil Munro reported, the vast majority of relatives who accept the migrant youth after the children have crossed the U.S.-Mexico border are illegal aliens, Department of Health and Human Services (HHS) officials have previously noted.

This Unaccompanied Alien Children (UAC) child-migration process was created by the cartels’ and migrants’ exploitation of loopholes in the William Wilberforce Trafficking Victims Protection Reauthorization Act of 2008. So far, Democrats have blocked President Donald Trump’s efforts to reform the TVPRA law.

Minor migrants arriving at the U.S.-Mexico border with the help of smugglers are often described in the establishment media as being young children. Only 20 percent of these migrant youth, however, are younger than 13-years-old. The majority of the migrant youth, 55 percent, are young boys between the ages of 13 and 17 years old.