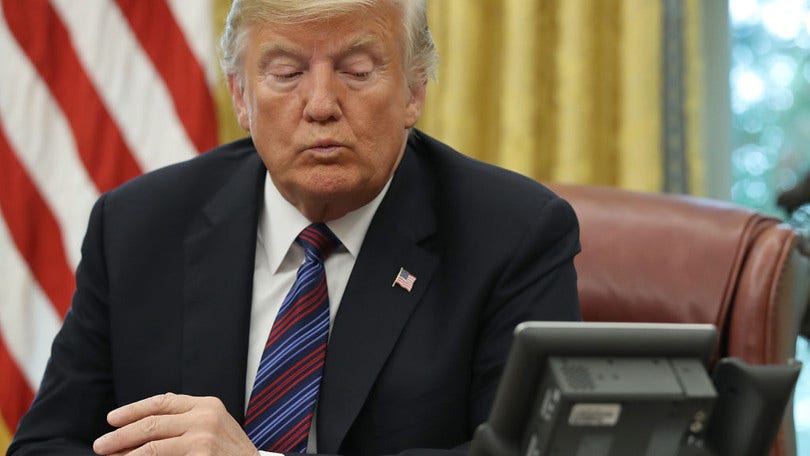 President Trump was told Sunday that no foreign adversaries were attempting to take advantage of his health situation during an “around the world” national security briefing that took place on a secure line after the president tested positive late last week for COVID-19.

According to officials with knowledge of the call, however, foreign nations are watching Trump’s health situation closely, but there have been no strange military movements by any foreign entities.

According to those who were on the call, the president sounded fine and there was nothing unusual about his physical demeanor or mental state.

Trump tested positive for COVID-19 last week and has since been hospitalized at Walter Reed Medical Center, with medical staff hopeful that he will make a full recovery soon.

A senior administration official told Fox News that, “Early indications are for an extremely good prognosis – but the next 48 hours will be critical.”

Trump has received two doses of Remdesivir so far, an anti-viral drug that has been approved by the FDA to help treat the coronavirus

“If you look at the therapeutics which I’m taking right now some of them and others that are coming out soon that are looking like, frankly they’re miracles,” Trump said in a video posted to his Twitter Saturday night.

He added, “I don’t know the next period of a few days, I guess — that’s the real test so we’ll be seeing what happened over those next couple of days.”

As of Sunday evening, the novel coronavirus has sicked more than 7.4 million people in the United States and killed over 209,000, according to statistics compiled by Johns Hopkins University.