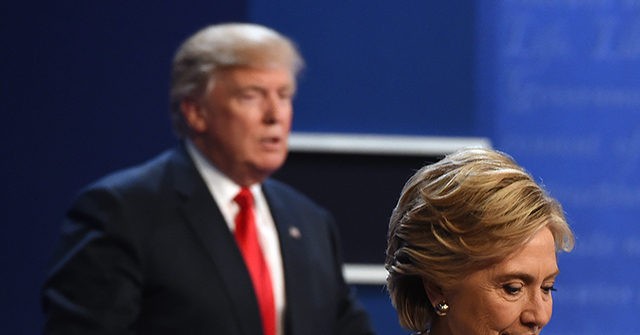 After ignoring for 48 hours a tantalizing development in one of the largest political scandals in the past ten years, the Journal’s Editorial Board highlighted Durham’s court disclosures that indicate evidence of “a scandal that requires investigation under oath.” The Journal also slammed the establishment media for ignoring allegations that may prove Trump’s alarm of foul play was actually correct.

The Editorial Board cited Hillary’s 2016 “campaign effort to compile dirt on Donald Trump,” which lead to “exploited” data for a “political purpose” that began during a presidential campaign and continued into Trump’s presidency.

The alleged spying for a political purpose involves former Clinton Campaign lawyer Michael Sussmann, who is charged with lying to the FBI about not working for Clinton’s campaign. Sussmann allegedly conveyed data to the CIA that suggested Trump was somehow involved in a Russia hoax, according to the New York Times. Sussman is also suspected of having a conflict of interest involving Latham & Watkins LLP, which is also mixed up in Durham’s investigation.

The Democrats were SPYING on him. pic.twitter.com/ZurV5WmVxt

“White House communications are supposed to be secure, and the notion that any contractor—much less one with ties to a presidential campaign—could access them is alarming enough,” the Journal wrote. “The implication that the data was exploited for a political purpose is a scandal that requires investigation under oath”:

The disclosures raise troubling questions far beyond the Sussmann indictment. How long did this snooping last and who had access to what was found? Who approved the access to White House data, and who at the FBI and White House knew about it? Were Mrs. Clinton and senior campaign aides personally aware of this data-trolling operation?

Mr. Durham’s revelations take the 2016 collusion scam well beyond the Steele dossier, which was based on the unvetted claims of a Russian emigre working in Washington. Those claims and the Sussmann assertions were channeled to the highest levels of the government via contacts at the FBI, CIA and State Department. They became fodder for secret and unjustified warrants against a former Trump campaign official, and later for Robert Mueller’s two-year mole hunt that turned up no evidence of collusion.

Along the way the Clinton campaign fed these bogus claims to a willing and gullible media. And now we know its operatives used private tech researchers to monitor White House communications. If you made this up, you’d be laughed out of a Netflix story pitch.

“But the unfolding information underscores that the Russia collusion story was one of the dirtiest tricks in U.S. political history,” the Journal continued, while noting “it remains unclear” where Durham’s probe is going next.

The Journal’s editorial decision to express an opinion about Durham’s revelations follows the New York Times and Washington Post, which cast doubt on the court filing’s significance 48 hours after the story broke Friday night. The Times and Post framed its articles around chiding “right-leaning media” for “carefully” scrutinizing “off track” narratives that are “often based on a misleading presentation of the facts or outright misinformation.”

The Journal hit back at the establishment media’s press corps on Tuesday, asserting their reporting on Clinton’s political hoax is notably oblivious to the allegations that may prove Trump’s assertion true:

The press corps doesn’t usually support government spying, but when it comes to Donald Trump they are making an exception. The journalists who gave themselves prizes for pressing the Russia collusion narrative that turned out be false are now dismissing news that their narrative was inflated with false information collected by eavesdropping on Mr. Trump.

The establishment media’s reporting on the scandal proceeds undeveloped implications, such as the extent to which President Biden’s national security adviser Jake Sullivan may be implicated. Breitbart News reported:

On October 31, 2016, about a week before the 2016 presidential election, Sullivan, who was working on the Clinton campaign at the time, pushed a Slate report “showing that the Trump Organization has a secret server registered to Trump Tower that has been covertly communicating with Russia.”

Sullivan’s role in pushing these claims is receiving fresh scrutiny after a recent filing by Special Counsel John Durham laid out allegations that a lawyer who was with the law firm representing Clinton’s campaign had worked with a tech executive to gather the evidence for those claims.

Jen Psaki refuses to any question about Durham’s investigation into Democrats spying on President Trump. pic.twitter.com/m8QEtupYzA