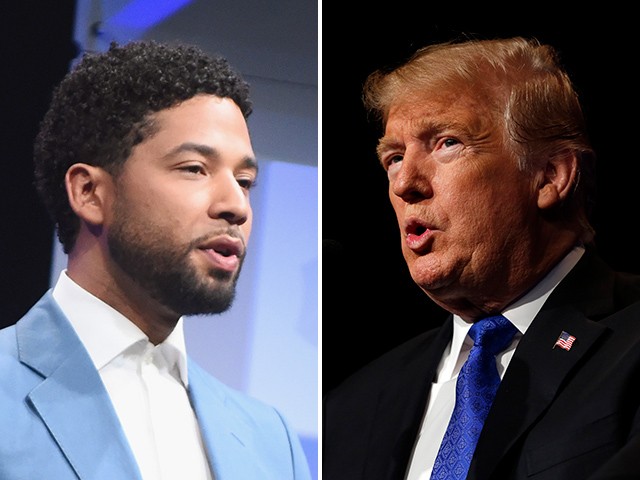 President Donald Trump reacted Thursday afternoon to reports that Empire actor Jussie Smollet claims that he was attacked in the street by racists.

“That I can tell you is horrible. I’ve seen it. It doesn’t get worse,” Trump replied when asked about the alleged attacks by CNN contributor April Ryan.

The president commented on the alleged incident during an executive order signing ceremony at the White House.

Smollett claimed that two men beat him, placed a rope around his neck, threw chemical at him and shouted racist and homophobic slurs before leaving the scene.

Chicago detectives are investigating videos from cameras around the area to verify the claims. Smollett refused to turn over this cell phone to police to help verify details of the alleged attack including a conversation he claimed he had with his manager when the alleged attack happened.
Smollett’s manager claimed that the attackers shouted “This is MAGA country” during the incident.