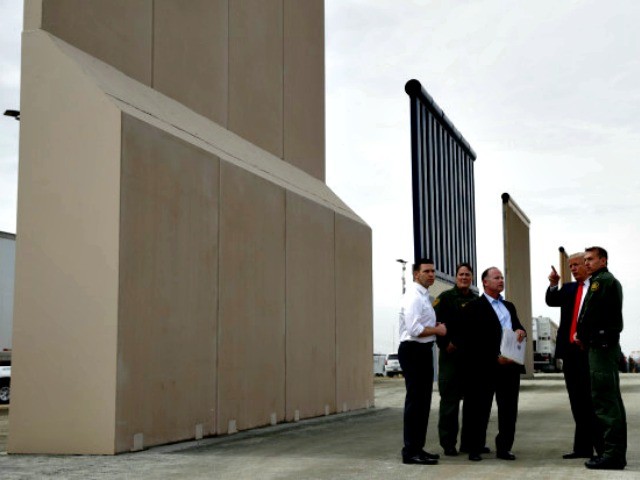 President Trump is pushing the Republican-controlled Congress to approve only a fifth of the money needed to build his $25 billion border wall, all of which is currently tied to a slew of open borders provisions.

In an interview with Politico, Trump said he would be “willing” to shut down the federal government if a Department of Homeland Security (DHS) funding bill does not include a measly $5 billion for his proposed wall along the U.S.-Mexico border.

“I am firm,” Trump said when asked if he would budge on the $5 billion in border wall funding.

In March, Trump said he would never sign another spending bill that did not include a single provision from his 70-point list of pro-American immigration reforms — where a border wall is only the beginning.

Over the course of the Politico interview, Trump does not make clear whether or not he would be willing to sign off on a number of open borders provisions in order to secure the $5 billion in border wall funding.

As Breitbart News has chronicled, the current DHS spending package ties $5 billion in border wall funds to a variety of cheap-labor giveaways to the big business lobby, the outsourcing industry, and the open borders lobby, including:

The DHS spending bill does not include any additional funding for the Border Patrol to effectively detain illegal aliens without releasing them into the American general public.

Trump’s push for only a fifth of border wall funding comes as Democrats are set to take the majority in the House in the new year and as illegal immigration soars at the U.S.-Mexico border with a caravan of 7,000 to 10,000 Central Americans arriving.

October 2018 saw nearly 51,000 illegal aliens apprehended at the U.S.-Mexico border with family unit crossings almost doubling what they were in October 2016, under President Obama. More than 23,000 family units crossed the southern border last month, compared to about 13,100 crossing in October 2016.