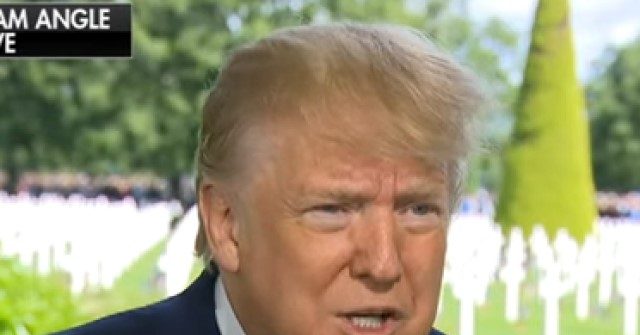 In a preview of a sit-down interview with Fox News Channel’s Laura Ingraham while in Normandy, President Donald Trump sounded off on whether he thinks FBI special counsel Robert Mueller should testify before Congress, something many House Democrats are calling for.

Trump said “nervous Nancy” can do “what she wants.”

“[Mueller] made such a fool out of himself the last time … because what people don’t report is the letter he had to do to straighten out his testimony because his testimony was wrong,” he told Ingraham.

“Nancy Pelosi’s a disaster, OK? She’s a disaster,” he added. “And let her do what she wants. You know what, I think they’re in big trouble.”