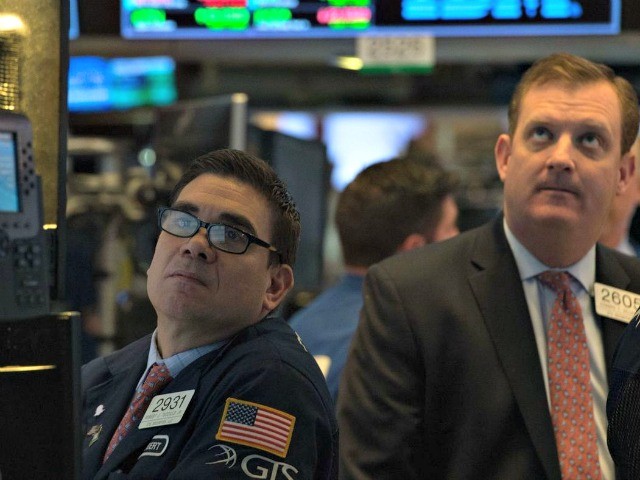 President Donald Trump said “the Fed has gone crazy” in remarks to reporters as he deplaned in Erie for a Wednesday night Pennsylvania rally.

The Dow Jones Industrial Average sank 831 points Wednesday, an approximately 3.15 percent drop. Trump’s remarks to reporters were in direct response to questions about the stock market drop. It was the sharpest drop in eight months. The drop was widely attributed to concern over rising Treasury yields and Chinese spying on U.S. technology.

Reporters asked the president as he deplaned in Erie, Pennsylvania, if he was concerned about Wednesday’s market selloff. “No, I think the Fed is making a mistake. They’re so tight. I think Fed has gone crazy,” president Trump replied.

“Actually, it’s a correction that we’ve been waiting for, for a long time,” Trump said regarding the stock market. “But I really disagree with what the Fed is doing, okay?”

At market close Wednesday, the Dow Jones average was still up more than 5,000 points since President Trump took office.

White House Press Secretary Sarah Sanders issued a statement on the drop as well. “The fundamentals and future of the U.S. economy remain incredibly strong,” she said, pointing to a 50-year low in unemployment, tax cuts, reduced regulatory burdens, bigger paychecks, and new trade deals that have specifically benefitted farmers, ranchers, and manufacturers. “President Trump’s economic policies are the reasons for these historic successes and they have created a solid base for continued growth.”