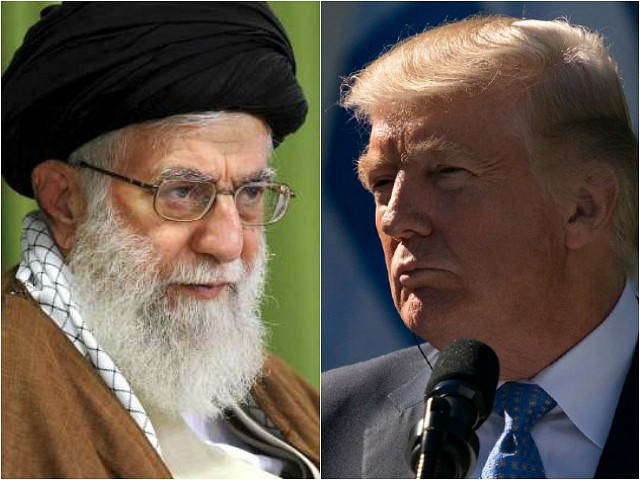 Iran’s supreme leader Ayatollah Ali Khamenei berated U.S. officials on Wednesday as “first-class idiots” as he ridiculed them for daring to predict the collapse of the Islamic Republic.

“Some U.S. officials pretend that they are mad. Of course I don’t agree with that, but they are first-class idiots,” the man viewed by Shiite hard-liners as second only to God, said in speech in Tehran.

“A while ago, a U.S. politician had said, among a gathering of terrorists and thugs, that he hopes to celebrate this Christmas in Tehran,” Khamenei outlined, according to his Twitter feed.

“Christmas was a few days ago. This is how U.S. calculations work.”

Members of President Donald Trump’s administration have called for regime change in the past, and predicted a change of direction for the country away from the hardline Islamic rule it current lives under.

In 2016 John Bolton, a former U.S. Ambassador to the United Nations,  said he believes the only real solution for Iran is “regime change.”

“The only longterm solution is regime change in Tehran,” he said in a radio interview. “The ayatollahs are the principal threat to international peace and security and the Middle East.”

Bolton continued, “Their ouster won’t bring sweetness and light to the region, that’s for sure, but it will eliminate the principal threat.” See below:

He was echoing a speech he made earlier in the year on the same topic to Iranian exiles:

“Before 2019 we here will celebrate in Tehran,” Bolton told an MEK meeting in Paris in July 2017.

For its part, Iran has in the past attacked Bolton, in one instance he was called a “chronic sadist” with an anti-Iran grudge who deserves to be taught “a lesson.”