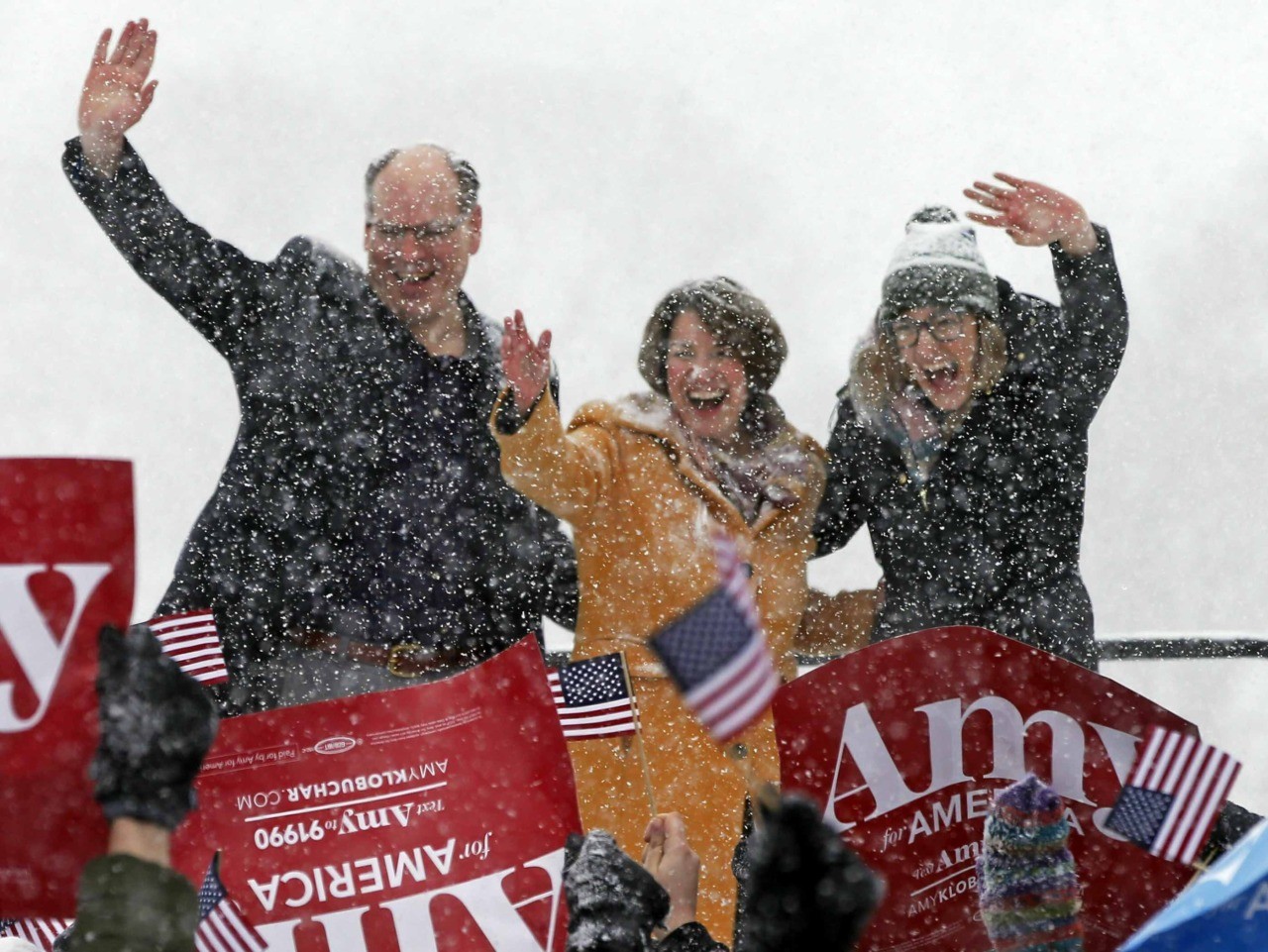 Well, it happened again. Amy Klobuchar announced that she is running for President, talking proudly of fighting global warming while standing in a virtual blizzard of snow, ice and freezing temperatures. Bad timing. By the end of her speech she looked like a Snowman(woman)!

The “again” to which the president referred seemed to be the frequency of climate change events and conferences coinciding with cold weather — a phenomenon referred to as the “Al Gore effect.”

Klobuchar, speaking in Minneapolis during a “high-impact” snowstorm, spoke about fighting climate change in her launch speech, as quoted by the New York Times:

For too long, leaders in Washington have sat on the sidelines while others try to figure out what to do about our changing economy and its impact on our lives, what to do about the disruptive nature of new technologies, income inequality, the political and geographic divides, the changing climate, the tumult in our world,

Klobuchar’s campaign website also cites climate change as one of her motivations for seeking the White House.

She is one of the eleven co-sponsors of the “Green New Deal,” a plan released by Rep. Alexandria Ocasio-Cortez (D-NY) last week that proposes to move the U.S. entirely to solar and wind power within ten years.

Minnesota is heavily dependent on coal, natural gas, and nuclear power for energy. It ranks eighth in the U.S. in wind energy production, but that only provides for a small fraction of the state’s needs. The state has also enjoyed major economic benefits from the oil boom in nearby North Dakota.

Minneapolis reached a high of 19º F on Sunday, with 6 to 12 inches of snow accumulation expected.