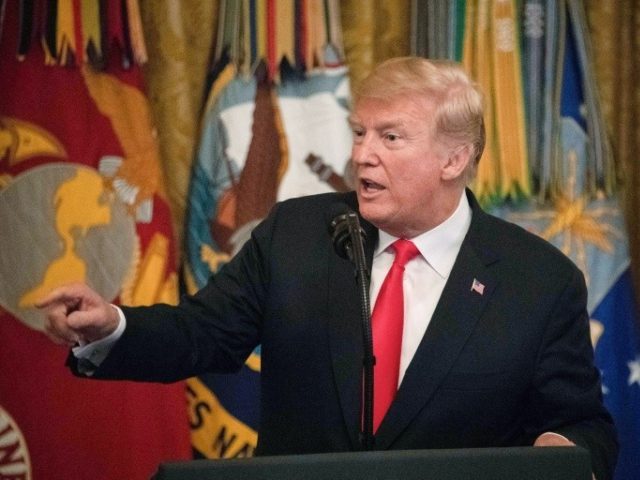 During an interview on the Fox News Channel on Thursday, President Trump stated that Supreme Court nominee Judge Brett Kavanaugh is an “outstanding” individual, Kavanaugh’s accuser, Dr. Christine Blasey Ford should have her say, and Kavanaugh’s confirmation can’t be delayed any longer.

Trump said, “I think it’s a very sad situation. He’s an outstanding person. And frankly, Sean, to see what’s going on is just very, very sad. You say, why didn’t somebody call the FBI 36 years ago? I mean, you could also say, when did this all happen, what’s going on? To take a man like this and besmirch — now, with that being said, let her have her say, and let’s see how it all works out. But I don’t think you can delay it any longer. They’ve delayed it a week already. … I say, let her say what she has to say, and let’s see how it all comes out. But they’ve delayed it a week, and they have to get on with it.”