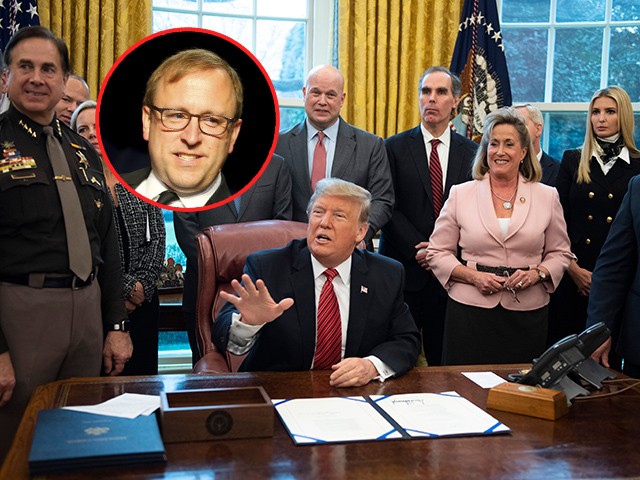 “So why not sign the other bills, though, so some of these [federal] workers can get paid?” Karl asked, promoting a legislative package supported by the Democrats to reopen the government. President Trump, who had signed an Anti-Human Trafficking bill moments prior, turned the tables on the reporter.

Karl stammered by, “It’s not for me to say,” but the president continued to press on the reporter’s veiled advocacy.

“I watch your one-sided reporting. Seriously, Jon, do you think I should just sign?” Trump asked.

“I’m saying if you just sign that, these workers can start getting paid,” Karl responded.

“I am not in your position, I’m asking you if that’s something you would do,” said Karl.

“I’m asking you, would you do that if you were in my position?” Trump said again, then concluding, “If you would do that, you should never be in this position, because you’d never get anything done.”

The president’s remark was met with laughter as he called an end to the Q&A period.