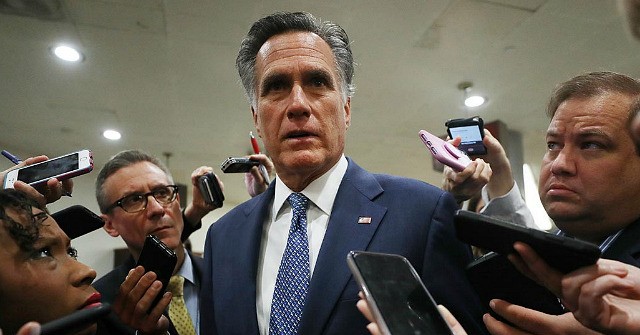 Donald Trump Jr., President Donald Trump’s oldest son, tweeted Wednesday that Sen. Mitt Romney “should be expelled” from the Republican Party over his vote to convict Trump for abuse of power.

“He was too weak to beat the Democrats then so he’s joining them now,” Trump Jr. tweeted. “He’s now officially a member of the resistance & should be expelled from the @GOP.”

Mitt Romney is forever bitter that he will never be POTUS. He was too weak to beat the Democrats then so he’s joining them now.

He’s now officially a member of the resistance & should be expelled from the @GOP.

Trump Jr.’s tweet came after Romney announced he would vote to convict the president for abuse of power during the Senate impeachment trial.

The junior Utah senator said on Wednesday that Trump’s attempts to withhold military aid from Ukraine in the hopes that the country would investigate former Vice President Joe Biden was a “destructive” attack on the Constitution.

The House of Representatives passed two articles of impeachment against the president in December, one being abuse of power and the other being obstruction of Congress.

Despite Romney’s vote, the Republican-led Senate acquitted him of both charges as other moderate senators like Sen. Susan Collins (R-ME) and Sen. Lisa Murkowski (R-AK) have said they planned to vote to acquit Trump.

Romney has already faced a backlash within his own party as members of the American Conservative Union decided not to invite him to the annual Conservative Political Action Conference (CPAC) this year.