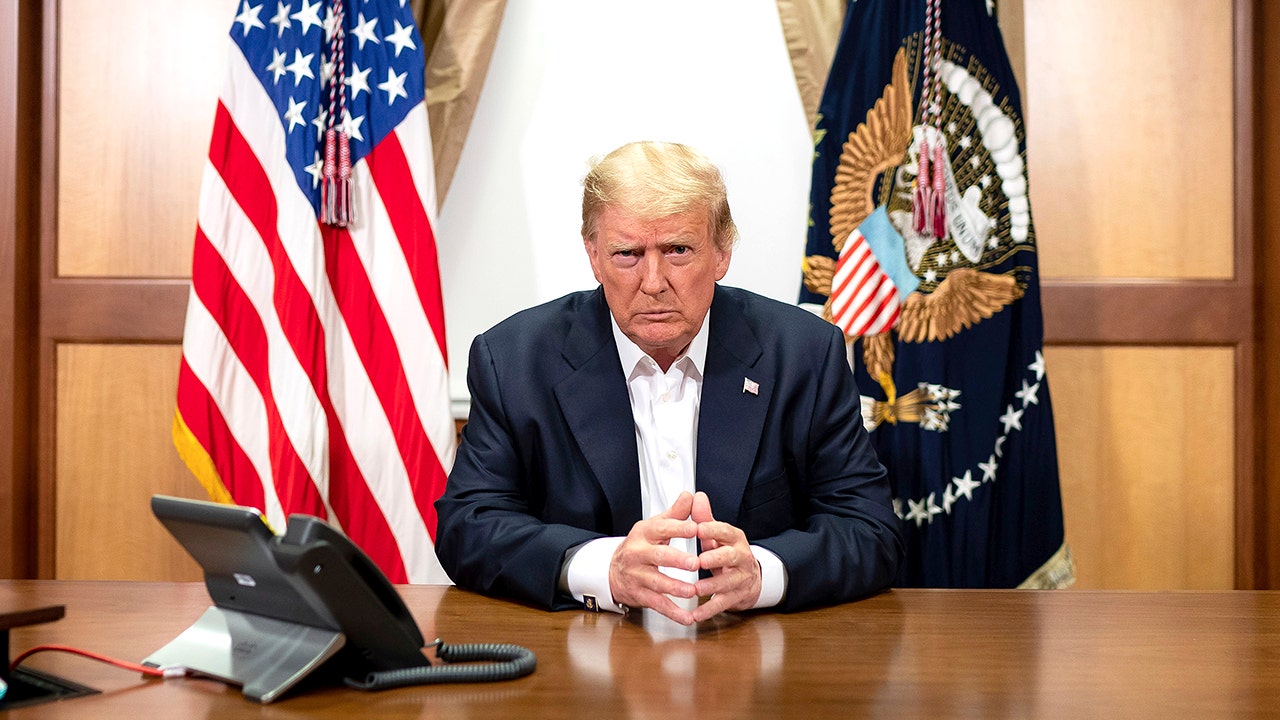 The presidential campaign was upended last week, a little more than a month before the November election, when President Trump tweeted that he and the first lady tested positive for the novel coronavirus.

The president was taken to Walter Reed National Military Medical Center on Friday evening, where he’s been undergoing treatment for the virus. He could be discharged as soon as Monday, according to his physicians.

Here’s what you need to know about the presidential campaigns and how they’ll be spending Monday, Oct. 5, 2020, just 29 days away from the election.

The president has spent three nights at Walter Reed following his announcement early Friday that he had contracted COVID-19. Doctors revealed on Sunday that his blood oxygen level dropped suddenly twice in recent days, but said that his health is improving and suggested he could be discharged as soon as Monday to continue the remainder of his treatment from the White House.

“This is an important day as the president continues to improve and is ready to get back to a normal work schedule,” White House chief of staff Mark Meadows told Fox News on Monday.

PRESIDENT TRUMP COULD RETURN TO WH ‘AS EARLY AS TOMORROW’ IF CONDITIONS CONTINUE TO IMPROVE, DOCTORS SAY

Trump briefly ventured outside the military hospital Sunday evening with a surprise drive-by to greet supporters.

BIden is scheduled to travel to the key battleground state of Florida on Monday to court Latino and Haitian voters ahead of an NBC town hall event near downtown Miami at 8 p.m. ET.

The former vice president and his wife, Jill Biden, are slated to visit the Little Haiti Cultural Center, according to his schedule. From there, they will head to Little Havana to discuss Biden’s “Build Back Better” economic proposal, rebranded as “Reconstruir Mejor.”

Biden’s visit to Miami, his first in more than a year, comes on the state’s final voter registration day.

Pence is planning to travel to Salt Lake City on Monday ahead of the vice presidential debate against Kamala Harris on Oct. 7.

Harris, a California senator, arrived in Salt Lake City on Saturday to prep for the debate against Pence, which will take place at the University of Utah.