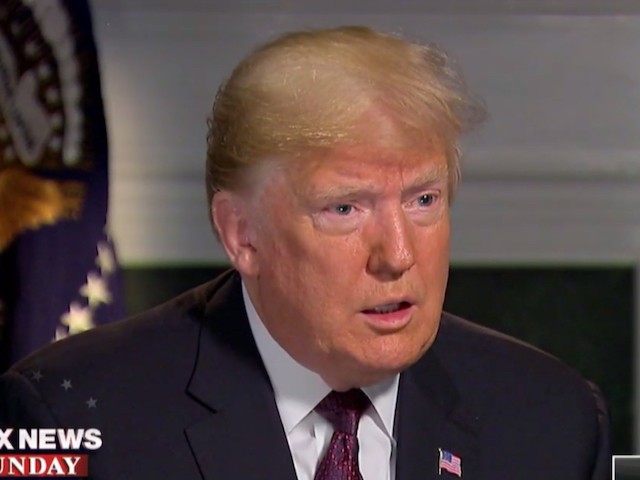 On this weekend’s broadcast of “Fox News Sunday,” President Donald Trump said if he were not combative, he would not have as many accomplishments.

Trump said, “I think that if I was very different, I wouldn’t have gotten what we had to get, the biggest tax cuts in history, ANWR approved, got rid of the individual mandate, the most unpopular thing you could imagine, health care. I got rid of it. Everybody said it would be impossible to get rid of it. The regulations. I think if I was a more modified, more moderate in that sense I don’t think I would have done half of the things that I was able to get completed.”

He added, “With that being said, other than you have to have a certain ability to fight back, and as you know people they take a strong stance on me both ways — love and hate. I would like to see it maybe a little bit more right down the middle but something that is important to me but a lot of times you can’t practice tone because you have people coming at you so hard that if you don’t fight back in a somewhat vigorous way you’re not going to win and we have to win. This country has to win. We have a lot of victories coming and if I go to low key were not going to have those victories. ”