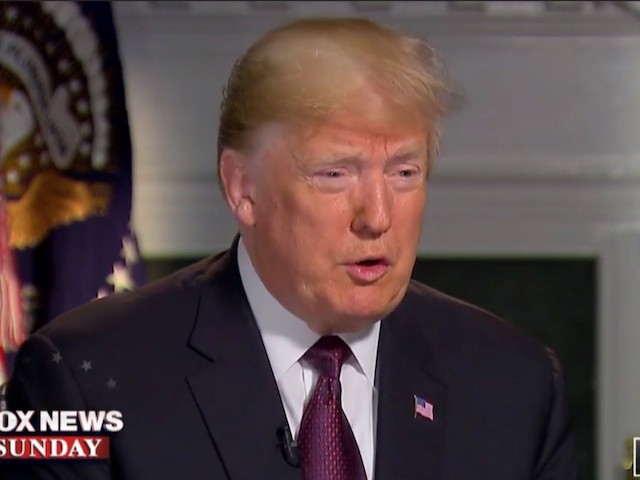 When asked about Whitaker criticisms of the Russia probe, Trump said, “I did not know that. I did not know he took views on the Mueller investigation as such.”

When asked about Whitaker saying there was no collusion between the Trump campaign and Russia, Trump said, “He’s right. What do you do when a person’s right? There is no collusion. He happened to be right.  I mean, he said it.  So if he said there is collusion, I’m supposed to be taking somebody that says there is?  Because then I wouldn’t take him for two reasons, but the number one reason is the fact that he would have been wrong.”

When asked if he would get involved if Whitaker limits Mueller’s investigation, Trump said, “It’s going to be up to him. I think he’s astute politically. He’s a very smart person, a very respected person. I really believe he’s going to do what’s right.”

He added, “I would not get involved. I have all these people that say I’m going to end the investigation. How long has this gone on?”