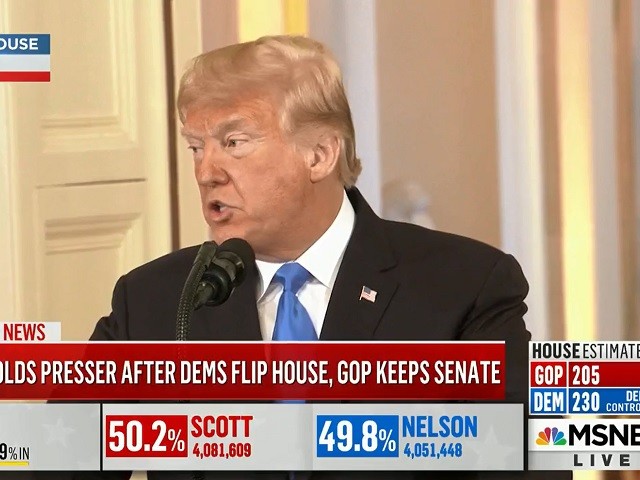 During a press conference on Wednesday, President Trump stated Republicans “defied history” in the Senate and beat expectations in the House despite disadvantages in fundraising, media coverage, and retirements in the House.

Trump said, “[L]ast night, the Republican Party defied history to expand our Senate majority while significantly beating expectations in the House for the midterm year. We did this in spite of a very dramatic fundraising disadvantage driven by Democrats’ wealthy donors and special interests and very hostile media coverage, to put it mildly. … We also had a staggering number of House retirements. So, it’s a little tough. These are seats that could have been held pretty easily, and we had newcomers going in, and a lot of them worked very hard, but it’s very difficult when you have that many retirements.”