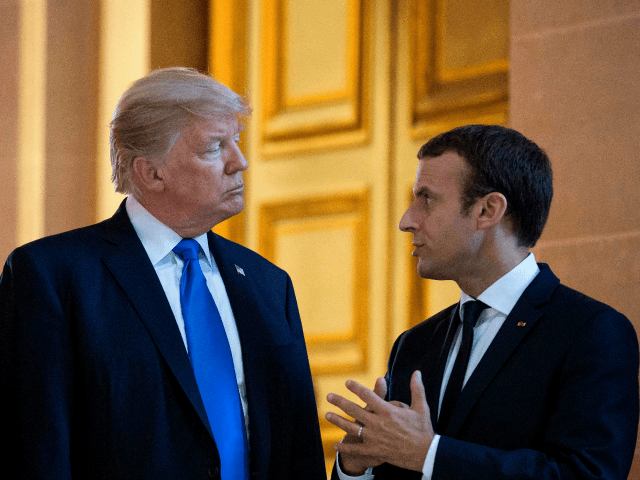 While the popularity of French President Emmanual Macron has seen a steady decline since he took power last year, polls have revealed a steady increase in popularity for U.S. President Donald Trump among the French people.

While President Trump is still viewed unfavourably by the majority of French people, the popularity of the American leader has steadily gained by around 16 percent per year since he took office in January of 2017, Le Figaro reports.

Initially, the U.S. leader’s unfavourability among French sat at 81 percent in November of 2017, but this has been reduced to 65 percent according to a new poll conducted by Odoxa and Dentsu Consulting for Le Figaro and broadcaster FranceInfo.

“At this rate (-16 points per year), the head of the White House will no longer be unpopular in France before the end of his term,” one pollster commented.

When broken down by income types, the figures show the most support for President Trump coming from working people and lower income individuals who have become one of the core voting blocs for the populist Rassemblement National (National Rally) led by former presidential candidate Marine Le Pen.

While only 51 percent of workers view Trump unfavourably, the figures among elites and the highly educated are starkly different, with an overwhelming 84 percent having an unfavourable opinion.

The figures come as President Macron has seen a huge dive in popularity, recently polling at a mere 21 percent approval rating, a record low in his presidential term.

The fall in popularity has also affected President Macron’s Le Republique En Marche! (LREM) movement which has been surpassed in the polls by Ms Le Pen’s Rassemblement National heading into next year’s European Parliament election. The poll reflects a larger trend in not only France but also in Italy and Hungary where populist parties lead in the polls.