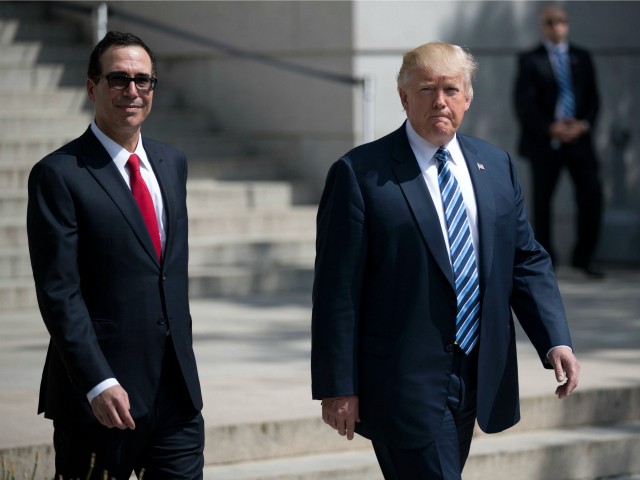 President Donald Trump said Christmas Day that he has confidence in Treasury Secretary Steven Mnuchin, calling him a “very talented guy” and a “very smart person,” while he criticized the Federal Reserve for once again raising interest rates.

Addressing reporters at the White House, President Trump reiterated his view that the Federal Reserve is raising interest rates too quickly, but called the independent agency’s rate hikes a “form of safety” for a prosperous economy.

“They’re raising interest rates too fast,” the president said following a teleconference with U.S. troops. “They think the economy is so good, but I think that they will get it pretty soon, I really do.”

“The fact is that the economy is doing so well that they raised interest rates,” he added.

The president expressed his displeasure Monday with the Fed after Mnuchin tweeted on Saturday that Powell’s job was safe. Mnuchin also tweeted on Sunday that he had checked with the heads of the six largest U.S. banks to ensure they had enough liquidity to operate in a stock market that has tumbled sharply since October.

“The only problem our economy has is the Fed,” the president tweeted Monday. “They don’t have a feel for the Market, they don’t understand necessary Trade Wars or Strong Dollars or even Democrat Shutdowns over Borders. The Fed is like a powerful golfer who can’t score because he has no touch — he can’t putt!”

Stocks did decline after Powell announced this year’s fourth rate hike on Wednesday. However, the sell-off appeared to reflect concerns that the Fed might be moving too fast in its plans to raise rates and to shrink its vast portfolio of bonds, given an economic slowdown that is expected in 2019.

Markets are facing their worst month in a decade over fears about a U.S. trade war with China, a slowing global economy, and chaos in the Trump White House. By the close of a holiday-shortened trading session Monday, the Dow Jones Industrial Average had sunk 653 points for the day — 2.9 percent.