President Trump will reduce the number of foreign refugees coming to the United States next year, taking the total down to 30,000 admissions for the upcoming Fiscal Year.

In a State Department announcement on Monday, Secretary Mike Pompeo announced that the Trump administration would further reduce the refugee inflow to the U.S., cutting the number allowed into the country by 15,000 admissions when compared to current levels.

For Fiscal Year 2018, the State Department reduced the number allowed into the U.S. to 45,000 admissions. At the time, this was the lowest refugee cap since 1980 when presidents first began setting the cap. 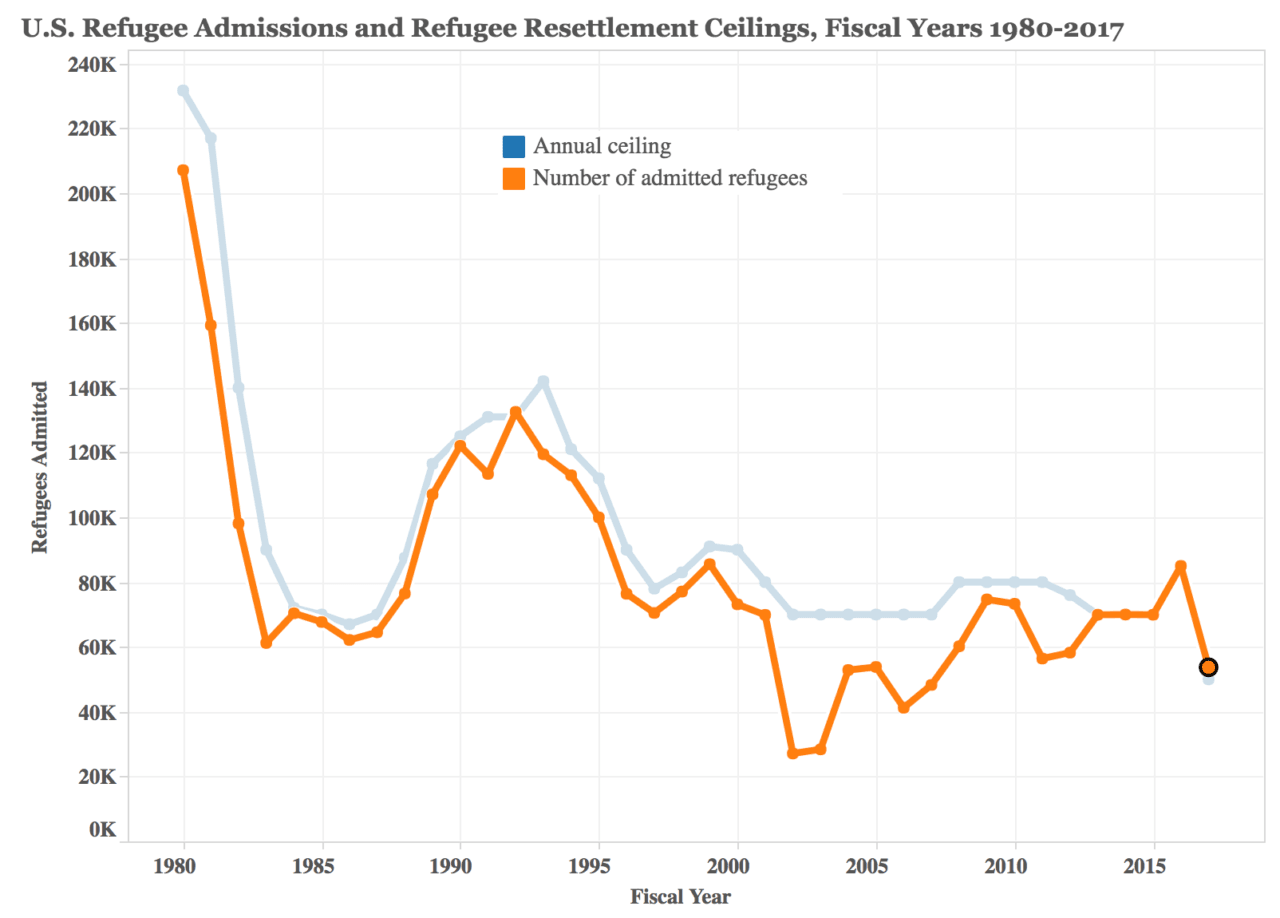 This is merely a cap for refugee resettlements and does not represent the number of refugees that the administration seeks to resettle. For example, as Breitbart News reported, this year the Trump administration has resettled less than 20,000 foreign refugees in the country.

The new refugee resettlement cap, set at 30,000 for Fiscal Year 2019, will be the largest reduction implemented since 1980.

Since 2008, the U.S. has resettled more foreign nationals through a variety of humanitarian programs than the entire population of Philadelphia, totaling more than 1.7 million refugees admitted to the country in less than ten years.

About 56 percent of households headed by foreign refugees who arrived in the U.S. between 2011 and 2015 are using taxpayer-funded food stamps, Breitbart News previously reported.