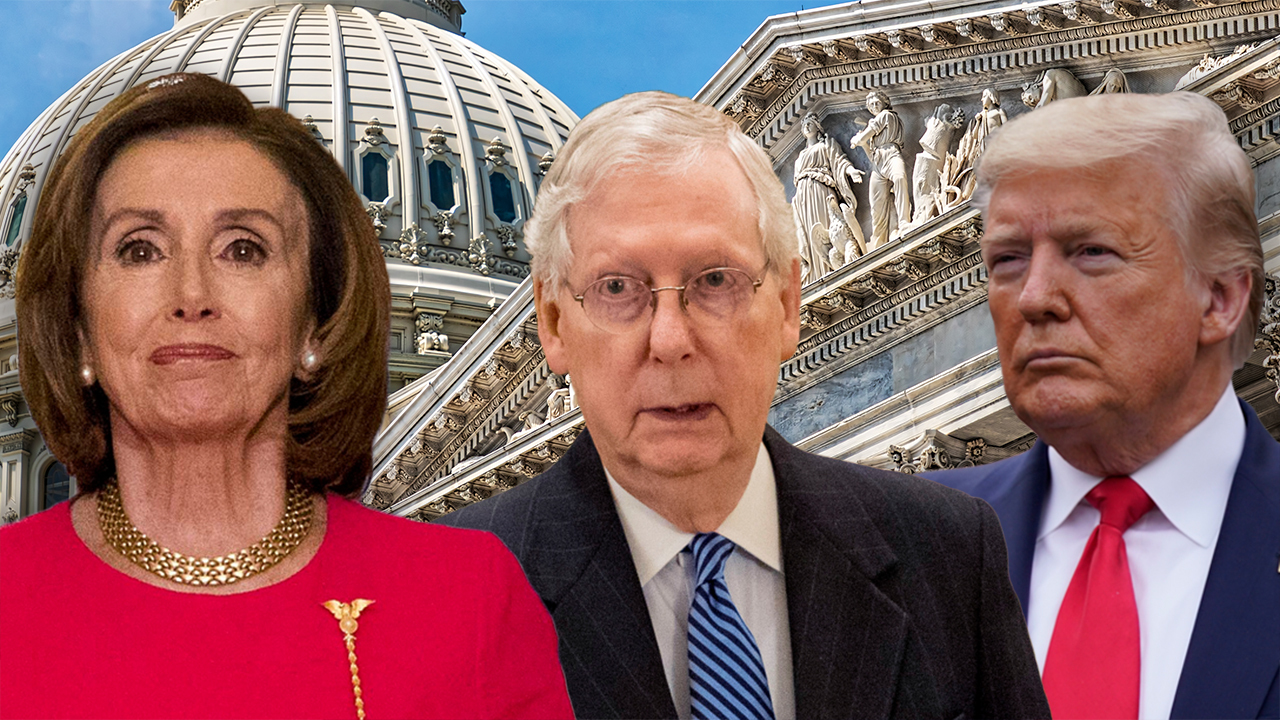 President Trump’s positive coronavirus test overnight has reignited calls for a coronavirus testing regimen on Capitol Hill that would screen members of Congress, staff, reporters and others who work in the U.S. Capitol and its surrounding office buildings.

Unlike the situation at the White House for those who surround the president, there currently is no regular testing system for members of Congress and the people who share their workspace. Couple that with the fact that members and their staffers regularly travel back and forth between Washington, D.C., and their home districts, and according to Rep. Alexandria Ocasio-Cortez, D-N.Y., “it has the potential to be a super spreader event.”

The high-profile freshman Democrat is not the only official to call for a testing regime on Capitol Hill — the top Republican in her own chamber, House Minority Leader Kevin McCarthy, R-Calif., has been beating that drum for months. McCarthy said in a press conference in July that all members and staffers should be wearing masks and that he’d advocated a testing regime, but that House Speaker Nancy Pelosi, D-Calif., was not allowing it.

McCarthy today reiterated those comments while speaking to reporters.

The Office of the Attending Physician said in a statement Friday that it offers testing to members and other office staff who believe they have been in close contact with a coronavirus patient or are showing symptoms.

The concerns over coronavirus spread are further amplified by the fact Sen. Mike Lee, R-Utah, also tested positive for the coronavirus Friday.

Lee was at the White House over the weekend for Trump’s announcement that he would nominate Judge Amy Coney Barrett to the Supreme Court. Lee said he tested negative ahead of that event. But he met with Barrett on Capitol Hill on Tuesday as well, prompting concerns that the nominee may have been exposed to the virus.

She tested negative for the virus Friday, according to the White House, but Barrett met with 32 senators this week, including Sen. Chuck Grassley, R-Iowa, age 87; Sen. Joe Manchin, D-W.Va., age 73; and Sen. Mitt Romney, R-Utah, age 73.

That led the top Democrat in the Senate, Minority Leader Chuck Schumer, D-N.Y., and Senate Judiciary Committee Ranking Member Dianne Feinstein, D-Calif, to call for a delay in the hearing for Barrett that is set for Oct. 12.

“It is premature for Chairman Graham to commit to a hearing schedule when we do not know the full extent of potential exposure stemming from the president’s infection,” they said. “The unfortunate news about the infection of our colleague Senator Mike Lee makes even more clear that health and safety must guide the schedule for all Senate activities, including hearings.”

Schumer released a statement on Friday calling for coronavirus testing on Capitol Hill.

“This episode demonstrates that the Senate needs a testing and contact tracing program for senators, staff, and all who work in the Capitol complex,” Schumer said in reaction to the news of Trump’s positive coronavirus test. “We simply cannot allow the administration’s cavalier attitude to adversely affect this branch of government. It is imperative that all results be made public in order to contain a possible outbreak and so we can determine the need for Senators and staff to quarantine or self-isolate.”

“I think it’s a tragedy that Speaker Pelosi has decided not to implement some of the things that we’ve even researched for her to be able to do,” Davis said. “The Air Force was willing to provide testing kits to Capitol Hill… This isn’t just about members of Congress. This is about Capitol Police officers, the folks who are here every day cleaning the buildings in the complex.”

Davis added: “I hope folks here on Capitol Hill Take a step back and realize that we’ve left a lot of people… vulnerable because we don’t have the same capacity to address infections on the front end as fast as you — what the White House is able to do in this case.”

Senate Majority Leader Mitch McConnell, R-Ky., like Pelosi, has also been resistant to a testing regimen at the Capitol. The top members of their respective chambers, McConnell and Pelosi are have said that they are concerned about giving members of Congress treatment that regular Americans don’t get.

“Congress is grateful for the Administration’s generous offer to deploy rapid COVID-19 testing capabilities to Capitol Hill, but we respectfully decline the offer at this time,” Pelosi and McConnell said in a joint statement after Trump offered to give tests to Congress. “Our country’s testing capacities are continuing to scale up nationwide and Congress wants to keep directing resources to the front-line facilities where they can do the most good the most quickly.”

The positive coronavirus tests by Lee and Trump — as well as top White House adviser Hope Hicks and first lady Melania Trump — is an October Surprise likely to upend much of the extraordinarily busy agenda in Washington, D.C., this month. Not only is the presidential election a month away, but lawmakers are trying to work out a coronavirus aid deal while Senate Republicans intend to move “full steam ahead” with the Barrett nomination despite the coronavirus diagnoses.

And until Trump is recovered from the virus, the cloud of whether the president’s symptoms will worsen and potentially hospitalize him — as happened with British Prime Minister Boris Johnson earlier this year — will constantly be handing over the White House and the capital city. Even though Trump, who at 74, is in one of the highest-risk age groups for coronavirus complications, the vast majority of patients safely recover.