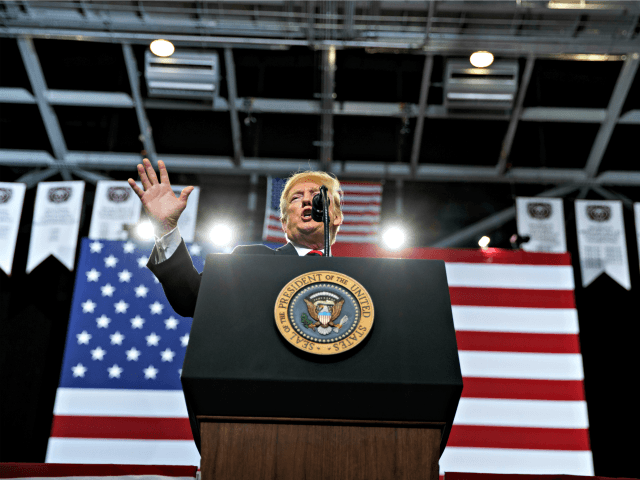 President Donald Trump on Friday evening mocked Antifa protesters during a rally in Springfield, Missouri, describing members of the far-left group as basement-dwellers with small muscles.

While rallying in support of Republican Senate candidate and current Missouri Attorney General Josh Hawley, President Trump said of Antifa: “The Democrat Party is held hostage by far-left activists, by angry mobs—Antifa! By Deep State radicals and their establishment cronies. You ever see what happens when you take the masks off Antifa? You have guys that look like they live with mom and dad in the basement.”

The president continued: “They live in the basement of mom and dad’s home. You know what that is? That’s the size of their biceps. But they wear, they wear the tough black outfits. No I would never suggest this, but I will tell you, they’re so lucky we are peaceful — Law enforcement, military construction workers, Bikers for Trump.