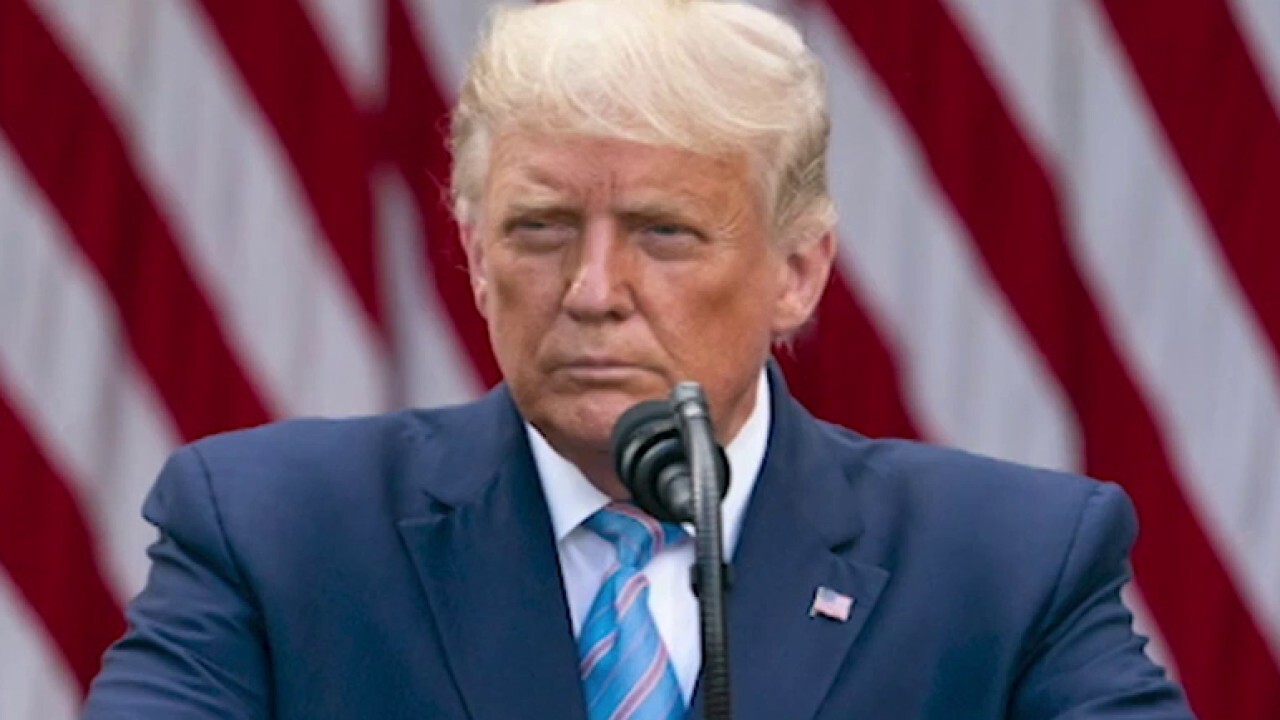 President Trump thanked Americans for their “tremendous support” and said he is “doing very well” in a pre-recorded video he tweeted out  Friday as he was being flown by Marine One to Walter Reed Military Medical Center where he will be treated for mild symptoms after testing positive for the COVID-19.

The president’s message was upbeat, though his tone was more subdued than usual in the video, which is believed to have been shot just before he was transferred to Walter Reed “out of an abundance of caution,” according to the White House.

“I want to thank everybody for the tremendous support,” Trump said. “I am going to Walter Reed Hospital.”

He added: “So thank you very much. I appreciate it. I will never forget. Thank you.”

White House Press Secretary Kayleigh McEnany first announced Friday that the president, who she said “remains in good spirits,” has “mild symptoms” and had been “working throughout the day.”

“Out of an abundance of caution, and at the recommendation of his physician and medical experts, the President will be working from the presidential offices at Walter Reed for the next few days,” she said. “President Trump appreciates the outpouring of support for both he and the First Lady.”

The president, upon arrival to Walter Reed, walked down the steps of Marine One, and again soluted military officers at the medical center.

“Following PCR-confirmation of the President’s diagnosis, as a precautionary measure he received a single 8-gram dose of Regeneron’s polyclonal antibody cocktail,” a memo released Friday afternoon by Dr. Sean P. Conley, the president’s physician stated. “He completed the infusion without incident.”

“In addition to the polyclonal antibodies, the President has been taking zinc, Vitamin D, famotidine, melatonin and a daily aspirin,” Conley said.

Conley added that “as of this afternoon, the President remains fatigued but in good spirits.”

“He’s being evaluated by a team of experts, and together we’ll be making recommendations to the President and First Lady in regards to next best steps,” Conley said.

Conley added that the first lady “remains well with only a mild cough and headache, and the remainder of the First Family are well and tested negative for SARS-CoV-2 today.”

The first lady, on Friday, tweeted, thanking for “the love you are sending our way,” while confirming she, too, is experiencing symptoms.

“I have mild symptoms but overall feeling good,” the first lady tweeted. “I am looking forward to a speedy recovery.”

The president’s re-election campaign announced Friday that his events are being temporarily postponed, or moved to a virtual setting.

“All previously announced campaign events involving the president’s participation are in the process of being moved to virtual events or are being temporarily postponed,” Trump campaign manager Bill Stepien said Friday. “In addition, previously announced events involving members of the first family are also being temporarily postponed.”

Stepien added that “all other campaign events will be considered on a case-by-case basis and we will make any relevant announcements in the days ahead.”

“Tonight, @FLOTUS and I tested positive for COVID-19,” the president tweeted. “We will begin our quarantine and recovery process immediately.”