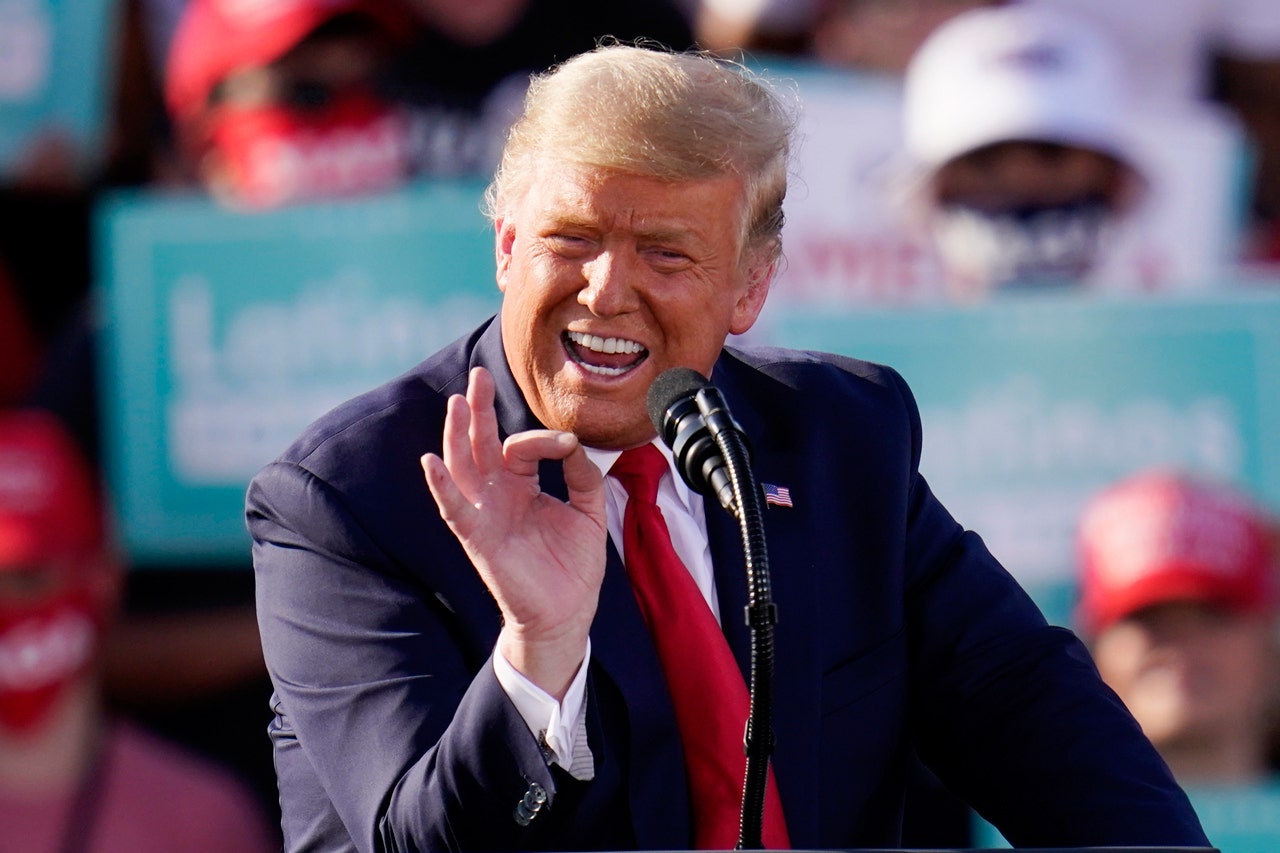 Trump told supporters at a campaign rally in Prescott, Az., that he could be “the greatest fundraiser in history” if he tapped into the business sector. The president said he has avoided doing so because, he says, he would be “totally compromised” by the donors.

Trump downplayed the Biden campaign’s fundraising success in recent days. The Biden campaign, the Democratic National Committee and their joint fundraising committees raised $383 million in September alone, shattering a record established by the campaign just a month before.

By comparison, the Trump campaign and the Republican National Committee raised $247.8 million in their joint efforts for September.

“How are you doing? How’s energy coming? When are you doing the exploration? Oh, you need a couple of permits?” he added. “But I call the head of Exxon. I say, ‘You know, I’d love [for you] to send me $25 million for the campaign.’ … If I make a call, I will hit a home run every single time.”

Trump’s remarks drew a quick response from Exxon Mobile. The company clarified the president was not referencing an actual conversation.

“We are aware of the President’s statement regarding a hypothetical call with our CEO…and just so we’re all clear, it never happened,” the company said on Twitter.

Trump criticized Biden as a “corrupt politician” on several occasions in each speech. He made specific references to a New York Post report detailing emails found a laptop purportedly belonging to Biden’s son, Hunter, which detailed alleged business dealings in China and Ukraine.

“Smoking gun emails show the Biden family used the vice presidency as a for-profit cash machine and that Joe Biden has been lying to the American public to cover it up,” Trump told supporters at the Tucson event.