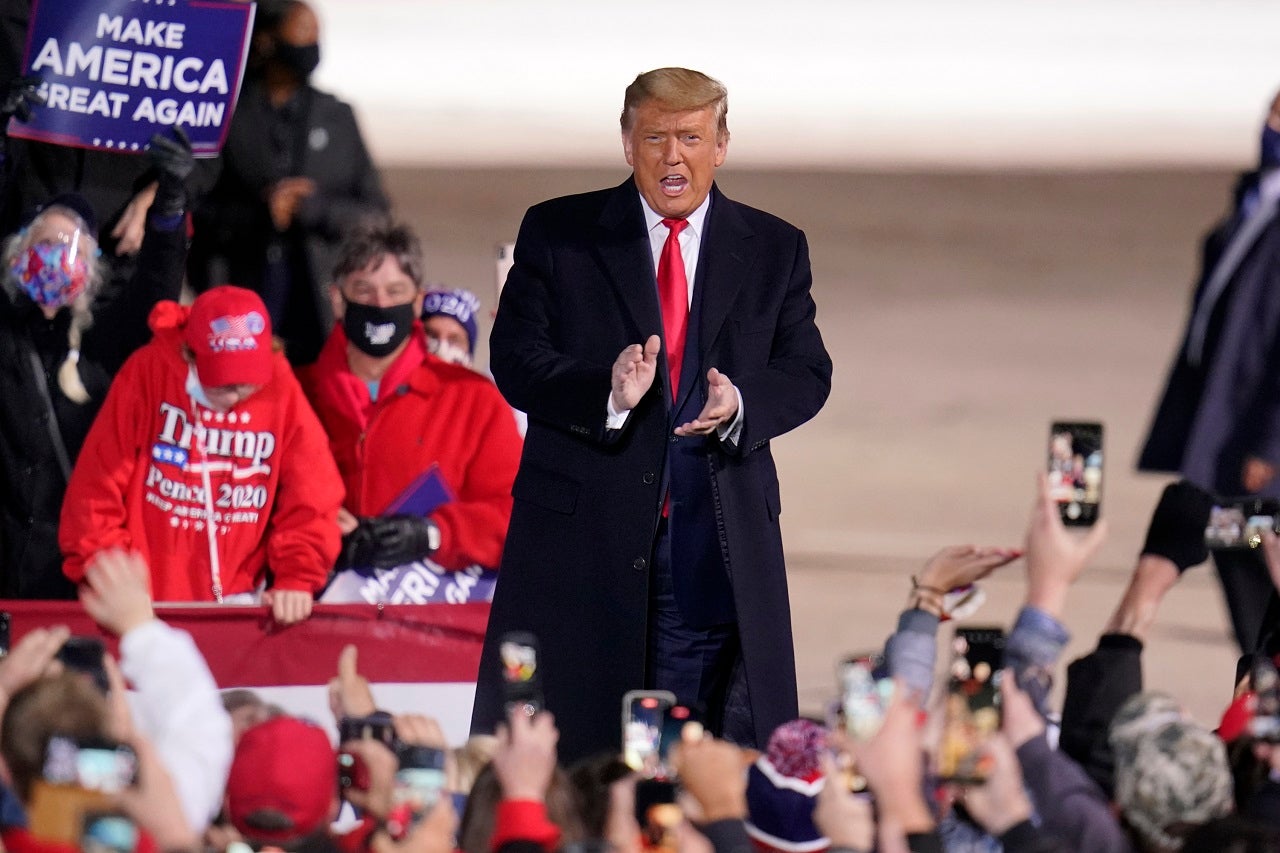 The Trump campaign will feature several ads on YouTube’s homepage throughout the ad buy period, including two from Ultimate Fighting Championship supporters.

One new ad is from UFC President Dana White who encourages Trump fans to vote in person on Nov. 3.

“The upcoming election is a fight for the future of our country,” White says in the ad. “President Trump built the greatest economy in American history and since COVID hit, he saved our economy from total collapse and is rebuilding it all over again.”

Another YouTube feature is an ad from UFC star Jorge Masvidal who says Democrats shouldn’t feel “entitled” to the Latino vote and hits Biden for dancing to the hit song “Despacito” on his cell phone at a campaign event.

“You know what else is not going to work for [Democrats] — playing ‘Despacito’ on your cell phone to pander to us. Hell no! You got to give us some credit for having heads on our shoulders,” Masvidal says in the ad.

Both White and Masvidal have spoken at pro-Trump events on several occasions.  Masvidal, whose father fled Cuba to escape the communist rule of Fidel Castro, has joined Trump’s “Fighters Against Socialism” bus tour that kicked off in Florida earlier this month.

This isn’t the first time the Trump campaign bought the YouTube masthead. And Biden has bought the digital billboard too, with pro-Biden ads running with top billing on YouTube’s homepage on Wednesday.

The campaign said it had first dibs on all dates in 2020 over Biden due to its 2019 partnership with Google.

Recently the campaign secured the masthead during Trump’s coronavirus treatment on Oct. 4 and featured the video of Trump departing the White House for Walter Reed Military Medical Center to be treated for COVID-19.

A senior Trump campaign official told Fox News at the time that the masthead was a seven-figure buy, and described it as “the most valuable piece of real estate on the internet.”

Thursday will mark the second and final debate between Trump and Biden and kicks off at 9 p.m. ET from Belmont University in Nashville, Tenn.