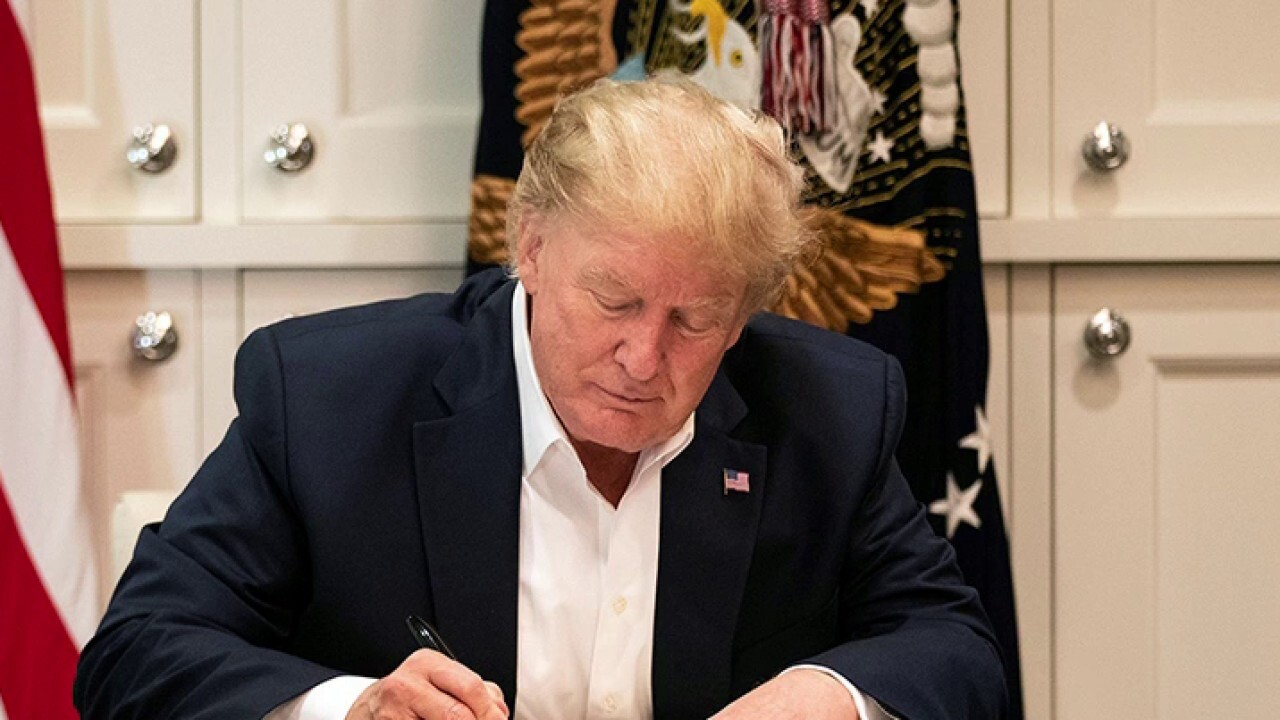 Trump campaign Senior Adviser Steve Cortes said on Sunday that the president is “upbeat and assertive as ever” while he fights the coronavirus after reports and comments that the president as recently as Friday was showing concerning signs after his diagnosis.

Cortes made the comments on President Trump’s health during a conversation with Fox News’ Chris Wallace on “Fox News Sunday.”

“He’s doing well … We spoke to the president yesterday, we meaning senior campaign staff … He was as upbeat and assertive as he’s ever been,” Cortes said.

Cortes also mentioned a Saturday night video released by the president which he said showed “Donald Trump the fighter speaking directly to the American people extemporaneously for four minutes, looking good, sounding good and of course most importantly of all we know what his doctor said which is his progress has been incredible.”

Cortes added: “This president is going to recover, we are highly confident of that.”

The president was flown to Walter Reed National Military Medical Center on Friday after testing positive for the coronavirus overnight Thursday into Friday. White House Chief of Staff Mark Meadows said on “Justice with Judge Jeanine” Saturday that the president was experiencing symptoms that had his staff “real concerned” on Friday, including fever and low blood oxygen level, but that he has since improved.

“I’m very, very optimistic based on the current results,” Meadows said of Trump, cautioning that the doctor said, “He’s not out of the woods for the next 48 hours or so.”

Trump’s diagnosis, as well as positive tests from multiple other members of Congress and administration staffers, threatens to upend Washington, D.C., including the confirmation of Judge Amy Coney Barrett to the Supreme Court and negotiations over a coronavirus aid package. But it’s already certainly changed the dynamics of the final month of the presidential campaign, with Trump forced to stay off the campaign trail at least temporarily and his participation in the second presidential debate, which is less than two weeks away, thrown into doubt.

Trump’s campaign is reportedly keeping at “full speed” while Trump is in the hospital, hosting events in battleground states including Mike Pence and Trump family members in what it’s dubbed “Operation MAGA.”

“There was not even one iota of the president feeling sorry for himself,” Cortes said of his phone call with Trump. “He said we are going to win this campaign. He is still governing actively as President of the United States even from the hospital. We are fully confident that his recovery will be complete.”

Cortes said that Trump “shortly” will “be back in the game.”

Wallace also pushed Cortes on the fact that the president was at a Rose Garden ceremony to announce Judge Amy Coney Barrett’s Supreme Court nomination, at which seven people ended up testing positive for the coronavirus.

Cortes said that there are precautions taken around Trump, but that “he was unwilling to completely sequester himself, to take no risk, because leaders take risks and he is the servant of the people.”

Wallace also asked Cortes about the fact the Trump party at the Tuesday presidential debate flouted mask rules set out by the Cleveland Clinic.

“Everybody was tested before that event,” Cortes said

“It doesn’t matter,” Wallace shot back, noting that Cleveland Clinic staffers offered the First Family masks but that they waved them off.

“We believe masks are very useful, the president has worn them on many occasions,” Cortes said. “We also believe in some element of individual choice, people were distanced and they had been tested.”

Wallace responded that people were not distanced and the First Family still broke the rules regardless. He added that the Commission on Presidential Debate has said at future debates people not wearing masks will be escorted out.

In his update from Walter Reed on Saturday night, Trump thanked the medical professionals at the hospital and those who have wished him well, while also promising to finish out the campaign as soon as he can, saying “I’ll be back, I think I’ll be back soon. And I look forward to finishing up the campaign the way it was started and the way we’ve been doing. The kind of numbers we’ve been doing we’ve been so proud of it.”

Joe Biden’s campaign, after he suffered potential exposure to the virus at the debate — through the Cleveland Clinic said that any risk of transmission at the socially-distanced affair was low — has said it would release the results of every coronavirus test the Democratic nominee takes. Biden at 78-years-old is even older than Trump and has not tested positive for the coronavirus at any point. The presidential election is on Nov. 3, less than one month away.