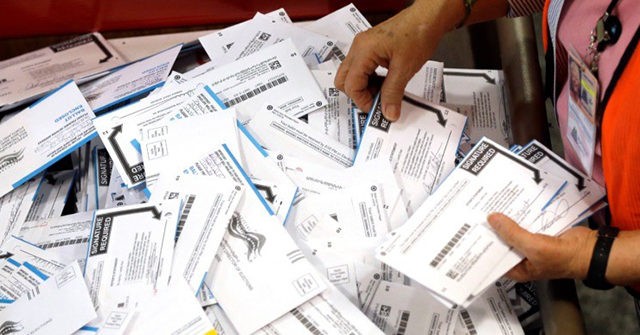 Superior Court Justice William Stokes addressed in the court decision the Alliance for Retired Americans’ (ARA) allegations of “severe” impositions caused by requiring voters to provide identification when registering to vote, maintaining current regulations on how and by whom an absentee ballot is handled, and requiring that all ballots be received by 8 p.m. on Election Day.

The ARA argued that certain voting laws are “unconstitutional in light of the COVID-19 pandemic and amid questions as to the ability of the United States Postal Service [USPS] to deliver absentee ballots in a timely fashion.”

Among its arguments, the ARA contended that needing a photocopier to provide identification while registering to vote online is unnecessarily burdensome and that prohibiting paying third parties to handle ballots cuts off an “important avenue of assistance” for voters.

Stokes cited in the court decision that Maine remains one of the states least affected by the novel coronavirus and that the state, through its attorney general, has obtained relief that prevents the USPS from implementing relevant changes to operations before the November 3 election.

The court ultimately ruled that “the burdens on the right to vote imposed by the challenged provisions of Maine’s election laws are slight or moderate, and that the State’s interests outweigh any burdens.”

A Maine court sided with the RNC and upheld the:

Clean sweep in a bogus Democrat lawsuit, and another victory in our fight to https://t.co/tidEkbV9KS!

The ARA expressed its frustration over the decision in a statement, saying, “We are disappointed that the Court did not waive the provisions of Maine’s voting laws that are particularly burdensome for older people who are trying to cast their ballots during a pandemic.”

Maine’s court ruling comes after the RNC launched a nationwide effort in May to fight lawsuits that it perceives to be a threat to election integrity.

Democrats are “using the coronavirus as an excuse,” the RNC said in a statement to Fox News of its Protect the Vote initiative. They “have sued in state after state to strip away important election safeguards, legalize the practice of ballot harvesting [the process in which third parties collect and submit multiple ballots on behalf of voters] and push for a universal mail-in ballot system.”

The ARA said it is filing an “emergency appeal” this week to the state’s Supreme Court to mandate that voters be given an opportunity to cure ballots rejected because of signature mismatches or technical defects and to mandate that the state count ballots postmarked by Election Day.