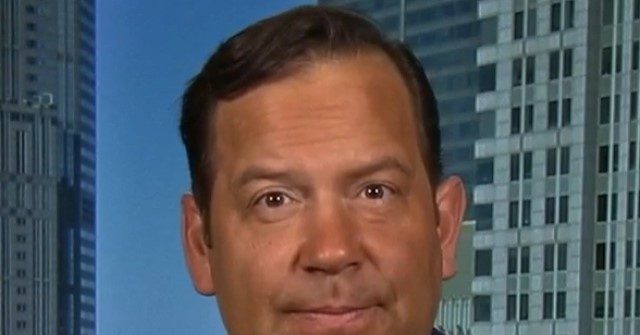 Trump campaign senior adviser Steve Cortes during Monday’s “Mornings with Maria” on Fox Business Network said President Donald Trump will be soon be released from the hospital later in the day and be back to “full throttle campaigning very, very soon.”

The president on Friday was hospitalized at the Walter Reed Military Medical Center after being diagnosed with COVID-19 and experiencing mild symptoms.

“We’re hopeful he’ll be released from the hospital today,” Cortes outlined. “We’re extremely confident that this man who is an incredible fighter, he’s been governing throughout this whole process but we’re confident he will be back in full throttle campaigning very, very soon.”

Host Maria Bartiromo asked if Trump is rushing to leave the hospital.

“Is it too soon to have him out of the hospital?” she questioned. “He just went in on Friday.”

“Well, listen, Maria, I’ll leave that up to the medical authorities. I’m certainly not one. I’m confident that he has the best medical care in the world. This team of medical military doctors are taking great care of our Commander in Chief. So, I defer to them if they tell us that he’s safe to go,” Cortes replied. “To my amateur eyes, he certainly looks fantastic. He looks ready to go back. But again, I’ll defer to the scientists. I find it fascinating, too, by the way, that a lot of the critics of the president who constantly claim that he’s not, quote, following the science. All they do now is doubt the scientists. In the case of Dr. Conley, by the way, not just a scientist but a military one, someone who was a commander of a trauma unit in Afghanistan. So, this is not just a man of science and technology, but he’s also a man of incredible patriotism. And I think it’s reprehensible that his character’s being impugned.”